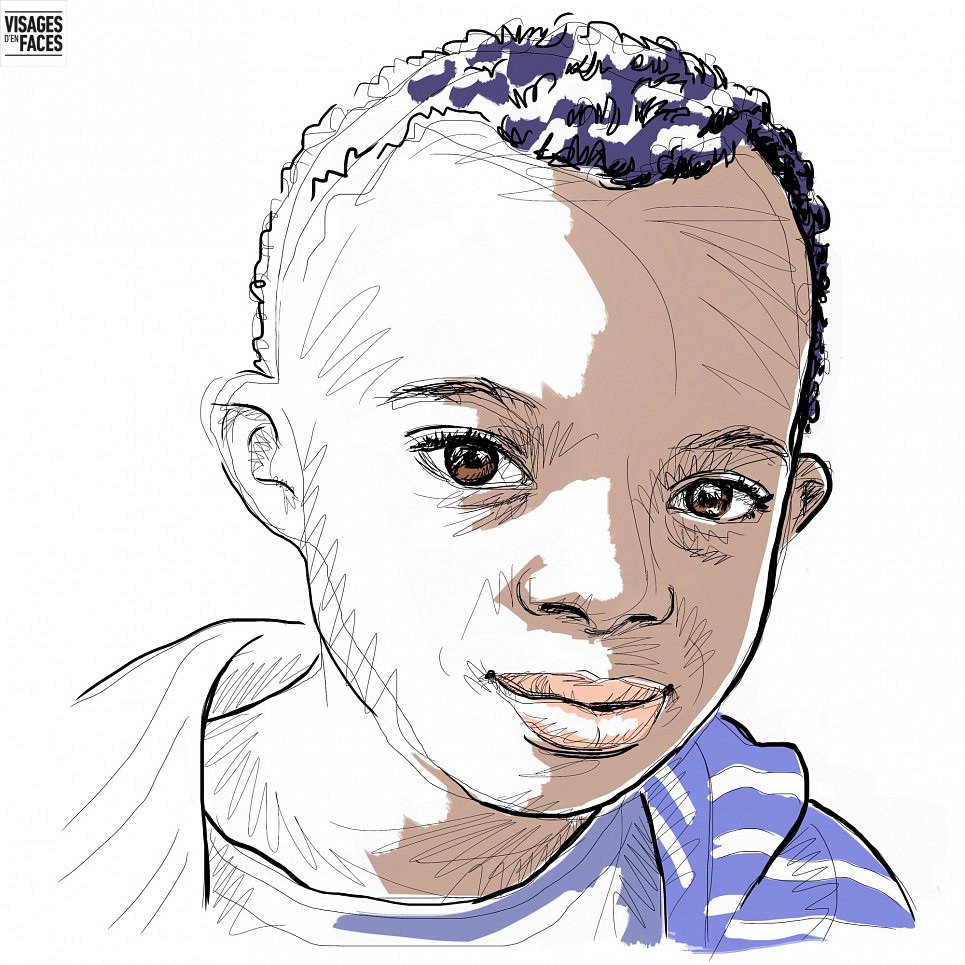 Already satiated by a delicious homemade rice cake, I’m wondering how I’m going to finish three more of them, straight out of the oven and placed next to my coffee. Fortunately, no one has noticed the arrival of Akim’s little brother, already making off with a cake in his mouth: I cowardly allow my little ally to take a gentle scolding.

Akim will soon be ten years old. His parents left their housing project known as “Cité des 4000” * — without any regrets—when he was two months old. Since then, the family has expanded and their flat in nearby St. Denis feels cramped.

“Here we say ‘hello,’ we respect each other,” says Akim. With a few elements cropped out: the vendors seated in chairs at the building’s elevator exit weren’t exactly selling plastic Eiffel Tower statuettes. They disappeared with the installation of an intercom and the arrival of Mohamed, who came after the previous apartment manager fell ill.

“Mohamed’s good: we talk to him, he listens.” Ahmed, Akim’s father, continues: “The surrounding area is becoming a little ‘La Defense’ [Paris’ major business district], with companies like Generali, SFR, Arcelor, Xerox…there are even a couple of television studios. […]

How much influence can a first name have on one’s life? Akim means “judge,” or, as his mother specified, “He who validates those who deserve it, those who have worked hard…” Ahmed finishes his sentence with a smile, “And not just those who know the boss, you see?”

Akim: “I have a friend. Everyone calls him fat. But me, I say, at least he’s strong…while I’m all scrawny. The only problem is that he’s really tired of everyone talking about it. The whole class is against him. So I stood up for him.” […]

Akim’s mother : told him, “You’re not wrong, cigarettes are dangerous. But the lady was defending her children. Everyone has a role to play, and it’s up to her whether she wants to respond. Some people don’t make the difference between good and bad. Is it worth always taking things so far?”

“When someone hits you, you don’t hit back, you don’t insult the person who’s hitting and insulting you. But now we find ourselves in a world—in certain places—where we no longer know if we’re making a mistake by not getting involved. Sometimes we have to say to the child: ‘If he hits you, you can hit back.’ But it’s not a good thing.”

Akim is in CM2 [fifth grade]. “The teacher quickly gets irritated when we make a mistake, even though she herself says it’s no big deal to make a mistake. Easy to say but not easy to do.”

“She’s there to transmit knowledge, not to love you,” Akim’s father reminds him. “He’s been first in his class since kindergarten, but in middle school, he’ll have several teachers.”

Ahmed turns back to his son. “It’s up to you to manage that, because you can’t change people’s temperaments.”

Akim: “She screams straight away, without knowing why.” Then: “You’ve got to understand, she takes the TGV [high-speed train] every day from Lille; she gets up really early.”

Akim wants to become an IT engineer. The catalyst was a virus on the family computer: “I already knew what a RAM file was for, except I didn’t know where to install it.” I note his explanations with increased attention: “In order to be sure it works, you have to click on your computer’s ‘properties’ tab.”

Up to that point, Akim’s explanations are clear. It’s only afterwards that things get complicated: “Two gigs of RAM came back.” “You have to type ‘dir/s’…Before, that was called ‘com,” and so there were a lot of viruses.”

Ah! I’m trying my best to understand Akim, but it’s as though he is speaking to me in another language.

“Now it’s called ‘exe,’ and so there are fewer viruses. It’s more secure.”

“Ok! And how did you figure that out?”

“On some internet forums. But there weren’t many responses. I like it when things are difficult, without being impossible.”

Of course! For the twenty years that the computer has been my almost-daily work tool, I’ve only just understood that there aren’t any leprechauns inside making it function. I make a mental note to stay in touch with Akim in case of a future hitch… 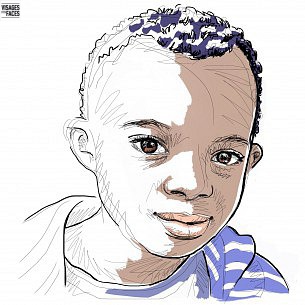