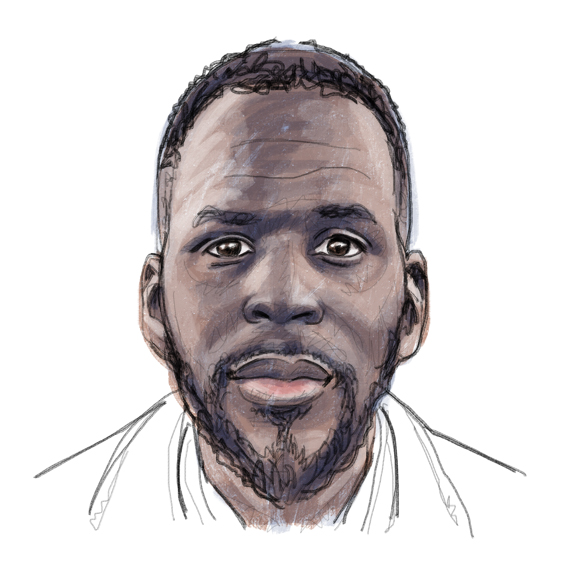 “Don’t shit where you eat! The more we get involved in our environment and our community, the more we will respect it. It’s my little mantra everyday. The kids who come here know that they are home.”

Caretaker for the Michelet residence, Bakary welcomes me in a warm space surrounded by posters and objects that bear witness to intense and diverse involvement with the Meltin’Club Paris, l’Oasis Sportive, You Camps Training, the publishing house of Faces Cachées, the event planning company Le 99…

“Your profession does not define you. What defines you is your attitude.

Like my father says: ‘We are Soninke, we fought to live, we prefer to die than to be enslaved – so you don’t start trouble, you march straight ahead and with dignity.’

With my caretaker colleagues, the subjects of cleanliness and selective sorting are brought up often. But ecology is a part of a much larger subject, that of sustainable development. There is also the economic dimension and the social dimension: Your action affects who? That allows them to do what?

With the basketball club for example, we do not dissociate our interactions with a child and their relationship with their family: what their home life is like, how we can guide them in their development. You discover for example, that they don’t have parents, that they live with an aunt or they have a lot of conflicts with their cousins, that they are completely isolated and that is why they are always outside. So, we can consider them as a bunch of delinquents but in reality, they are wards of the state. Thus, we have obligations towards them.

We have to be responsible for what we do in every aspect of our lives.

It was during the Olympics in ’92 when I discovered basketball with Michael Jordan, Magic Johnson… And one day, when I was headed out looking to steal a bike, I saw some guys playing basketball. The bike no longer interested me, and I entered the gym. Sixteen months later, I played my first international championship, I was not yet 14 years old and I was a part of 12 youths who represented Paris: we lost against Spain, but I made it a tough game for our opponents. The agent for the Spanish team went to see my father, who refused to let me go to Spain to a training center. My mother didn’t understand the sport that I practiced, but she saw that I was less turbulent: she scrambled to pay for my license and bought me a pair of sneakers for training.

I stopped in 1997 when Georges, my coach and agent, died from rapid onset cancer. And then there was my buddy Abdoulaye. He was a rapper, a basketball player, and handsome. He didn’t read books, but he thought of the world in a positive manner. His philosophy: ‘It is necessary that black youths become important men and that we enjoy life and its pleasures like young whites.’

He was my partner, my right arm, my brother…We all know that death is something that will happen to everyone but I didn’t know that it happens by surprise: you can be full of life and your heart stops and you die. After his death, the street meant nothing to me anymore. I said to myself, ‘That’s it,’ and with my buddies, I started an organization. I want to create and to do cool things for my neighborhood.

At the time, my mother and other women were fighting for housing for families who lived in studios that were completely unsanitary. All the kids came to stay with us, our three rooms of 50 square meters, for nine people became a real hostel! To negotiate with the institutions, I was the guy who translated my native language into French. I loved that. So, I quickly became a professional social mediator and the association became my life.

It’s the thing that I like to do the most: helping myself and spreading the love.

You need to use codes that people understand. On the subject of selective sorting (of trash, recycling and compost), if you don’t explain to my tenants, whether black or white, it is all the same! ‘Hello Madame, selective sorting is very important…’ But important for what? ‘I will have plenty of garbage bags everywhere in my kitchen and I will put a cap here, a bottle over there? Why are you bothering me with this stuff??’ In contrast, if you explain what happens behind the scenes, what this allows us to do, then people will understand that they are contributing to a world that is functioning differently.

We have to multiply actions being taken in public spaces. Paris only thrives because people are outside and creating things. Our space does not have a purpose unless people think about places and make them thrive. This is what makes Parisian culture. 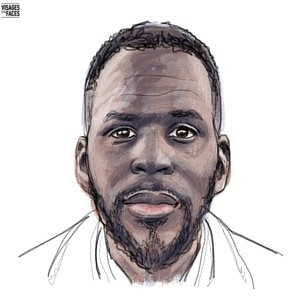