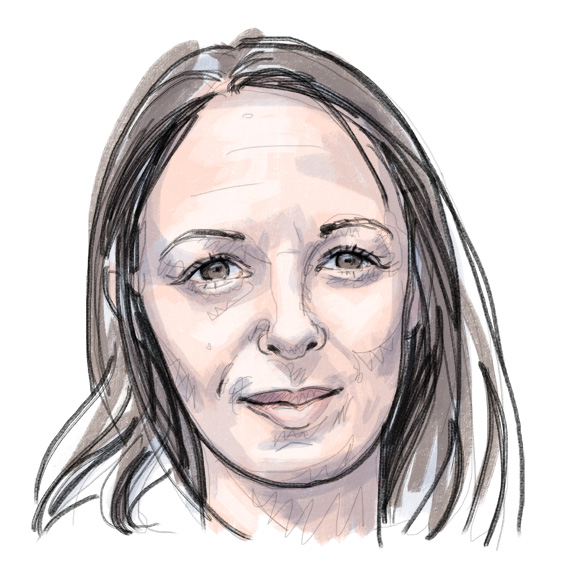 We talk clothes, first. I point out to Christelle that she looks great in her dress, a vintage print on a fitted cut. I like her femininity and her outspokenness.

Christelle began working at age 11 as a Jeune Sapeur-Pompier (JSP), a Junior Firefighter.

She has three children today; the second arrived more suddenly than expected. “An unexpected delivery”: She was then Corporal Fire Chief and it was her team, composed exclusively of men, that arrived that day with a stretcher.

Contractions. Christelle is in pain. She wants to scream. “An arm reached towards me: to have less pain, I did not let go.”

Heading to the maternity ward of Lourdes. In the ambulance, “I had to keep calm to encourage them: they were all stuck against the wall! Suddenly I felt a kind of discharge. I tell them that I think my water broke.” Christelle to one of her colleagues: “You have to look!” Him: “No-no-no-no-no!” Christelle grabs the colleague’s head: “Look!”

And it was actually the baby’s head appearing already. “Stop!” At the exit from the bridge a sign said ‘Welcome to Cauterets’, the chief confirms: “Yes, it’s the head.” Christelle: “She’s not crying!” The umbilical cord was around Lilou’s neck. “Smack her!”

And, suddenly, the baby is crying.

Christelle smiles: “The blanket was gone, I was naked in front of my colleagues, and we were all crying. It was so emotional … When they went back, they couldn’t sleep. They celebrated with champagne all night long. One of them showed me the bruises on his arm. They all have children but had never seen anything like that. They were so euphoric that it was ‘as if I had taken pills,’ a colleague told me.

The funny thing is that a month earlier, I had served as guinea pig for the team to practice for an unexpected delivery.

It’s nothing exceptional, just that I got started a little late… It was a bonding experience.” 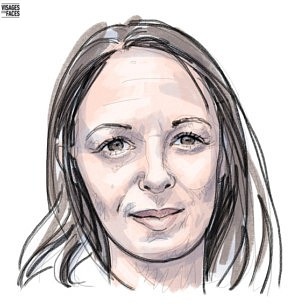