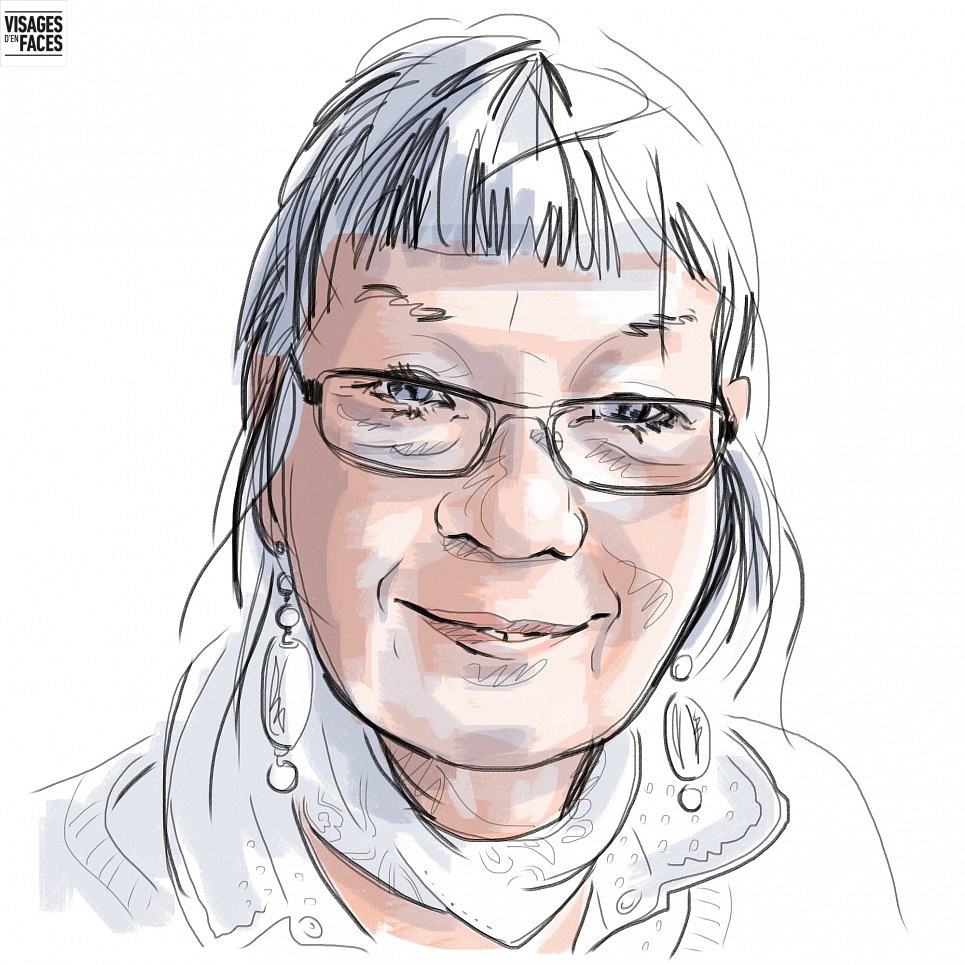 It was pouring out and, of course, my umbrella wouldn’t open. It’s supposed to be spring, so staying inside was out of the question. Clarisse and I were comfortably seated beneath the large awnings on the terrace of the Killy-Jen, within walking distance from the Relais 59 social center. […]

“I’m a doctor with a general practice across the street and I have always had an extremely important relationship with the Relais 59. I used to work with Jean Carpentier, who was the talk of the town in the 70s. […] At the time, we had created a pamphlet because two children had been expelled from Corbeil High School for making out. This pamphlet entitled “Learning to Make Love” was extremely benign but it had been copied and distributed in all schools in France.

Following a complaint made to the medical board by the parents of some of the students, Jean was suspended for a year… […] In short, I took over for him at Corbeil, then I joined him at the “La Rue” group, […] in the 12th arrondissement of Paris. I worked with Jean for 30 years…

From the start, this wasn’t an isolated medical center; there was also the “Orgue de Barbarie,” the “Vidéo Ciné Troc”… There were 20 different groups in the Aligre neighborhood, each one in an old store. There was a lot of activity.

It was around that same time that they started the Relais 59 (then located at 59 Daumesnil Avenue): the Sisters of Charity of Nevers had the idea to open this neighborhood center. Right away, we met Marie-Therese, who was a nurse. When there was the drug problem in the Chalon neighborhood, we worked together a lot. Or when they had a little health education thing to do, about contraception for example, they called me: we gave condoms to Marie-Therese… She was so funny!  […]

And that house under the archways, you might have called it a boat, you see, it was amazing. The first floor was entirely wood: below there was an oak staircase and a huge kitchen. It was the headquarters for twenty different groups. […]

Now we’ve gotten old along with our drug addicts, even though a lot of them have passed away, notably from HIV/AIDS. In the 80s, we did a pretty good job of mobilizing, along with Parisian doctors, we had treatments before having the authorization from science or pharmacies…

There were lawsuits, that we all wound up winning. But we were very slow. The over-the-counter syringes in 1987, can you believe it! HIV/AIDS had already been around for 6 years.

And then the Sisters of Nevers left and the Relais moved. The vaults became these art boutiques. […]

All of the little children from the neighborhood, they would go to the Relais for evening classes, homework, etc. We are serving the third generation without realizing it. […]

We have a lot of older North Africans from the 60s or 70s. They are always foreigners everywhere, here and back there, when they go back to the countryside. They often live in hotel rooms or in maid’s quarters, on the 7th floor without an elevator. You see, many came along to work, saying: ‘I will earn a living for myself and my family.’ And when they come back, there’s always problems with medical services. […]

A man came to ask Clarisse for a cigarette and as he thanked her he said: “Ha! You really are something else!”

“Ha! Seriously, you are a flower with the heart of a princess! May the earth protect you!”

Clarisse turns toward me: “So there you are, what else can I tell you? We can go somewhere else, as well, if you want.”  […]

Clarisse directed me to her medical office, situated above a shop with old chair frames waiting to be repaired. “There’s also the bookstore: it’s not the same anymore, but at least it’s not a mobile phone retailer or a real estate agency.” […]

Upon seeing the welcome she received at the Penty, Jojo’s bar, I have the impression that I’m the only person in the neighborhood who doesn’t know my guide.

A handsome young man, sipping from a glass with his just as pretty spouse, calls out to Clarisse:

Later, out in the noisy buzz on Faubourg Saint-Antoine, I receive a photo on my phone: the famous hat of Mother Christmas is an explosion of red and blue speckles of electric lights complemented by Clarisse’s sly smile. 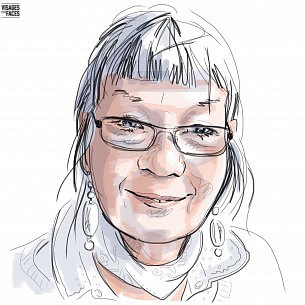