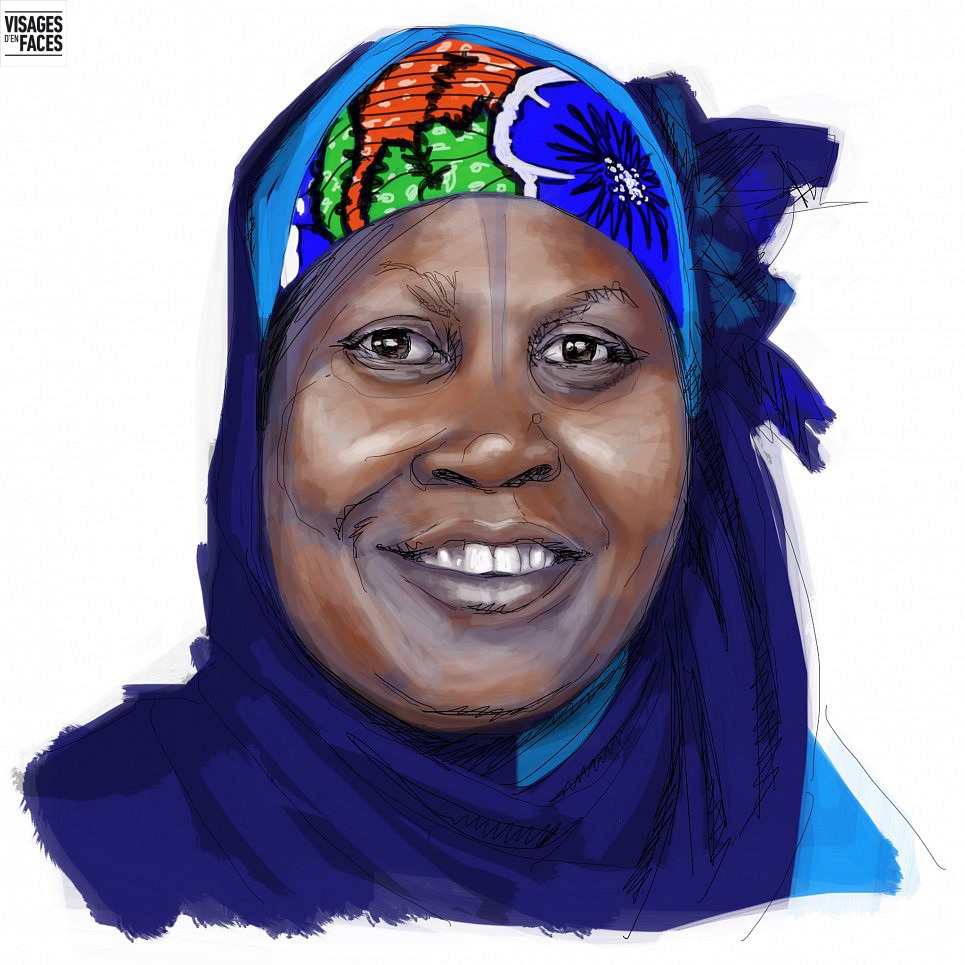 It was Dariatou who pointed out to me the tattoo around her mouth; I hadn’t noticed it before. Still, it was a tattoo that can cost dearly: she told me that some people had gotten their mouth paralyzed from infection.

Many thorns wrapped around a wire are used to pierce the skin until it bleeds, then a black powder made from burnt spiders is applied. Women whose faces are tattooed this way are considered brave and who “fight like a man”. Dariatou was then 13. […]

“You suffer, that’s what you get. You work hard, it’s your lot.” For Dariatou, God decides what paths you will take before you’re born.

At age 7 she went to school where she learned French, then had to stop after two years. The eldest in a large family – whose size she prefers I do not mention, explaining that it would be bragging – she was helping her mother from the age of six.

To get to school, she crossed the Senegal river by swimming while holding up her school bag in a gourd. Even in the dry season, there were places where she had no footing. One day she almost drowned. The weight of her clothes, heavy with water, dragged her down but she managed to get rid of them. Other children continued to sink and adults nearby on the river bank only just managed to save them.

The gourds also allowed the adults to cross with their babies who they tied hand and foot to prevent any dangerous movement. In the wet season, they used pirogues.

The fields they cultivated were also on the other side of the river. “All my jobs are far away. With Sophie, it’s the first time work isn’t far.”

I’m a big fan of Dariatou’s chicken mafé, with her gumbo sauce. And for sure, Sophie too : with her crew of four cooks including Dariatou, she created Mam’Ayoka, the Cuisine of the World Next Door, a cooperative. (1) […]

Dariatou has created with the other Soninkéan women the Fede Coumba association, a solidarity network which extends to the other people and nationalities of Black Africa. Dariatou wants especially to strengthen ways to counter delinquency among youth. She also deplores the illiteracy that is too widespread and takes French courses at the J2P Cultural and Social Center.

(1) That’s what grabbed me from the start: the transformation of culinary talents into perennial employment. Then what overcame me was the varied and delicious cooking! www.mamayoka.com
English translation by Ken Dymond, Marblehead, Massachusetts, USA 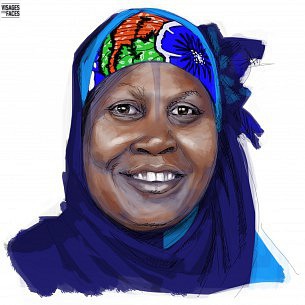 You suffer, that’s what you get. You work hard, it’s your lot.