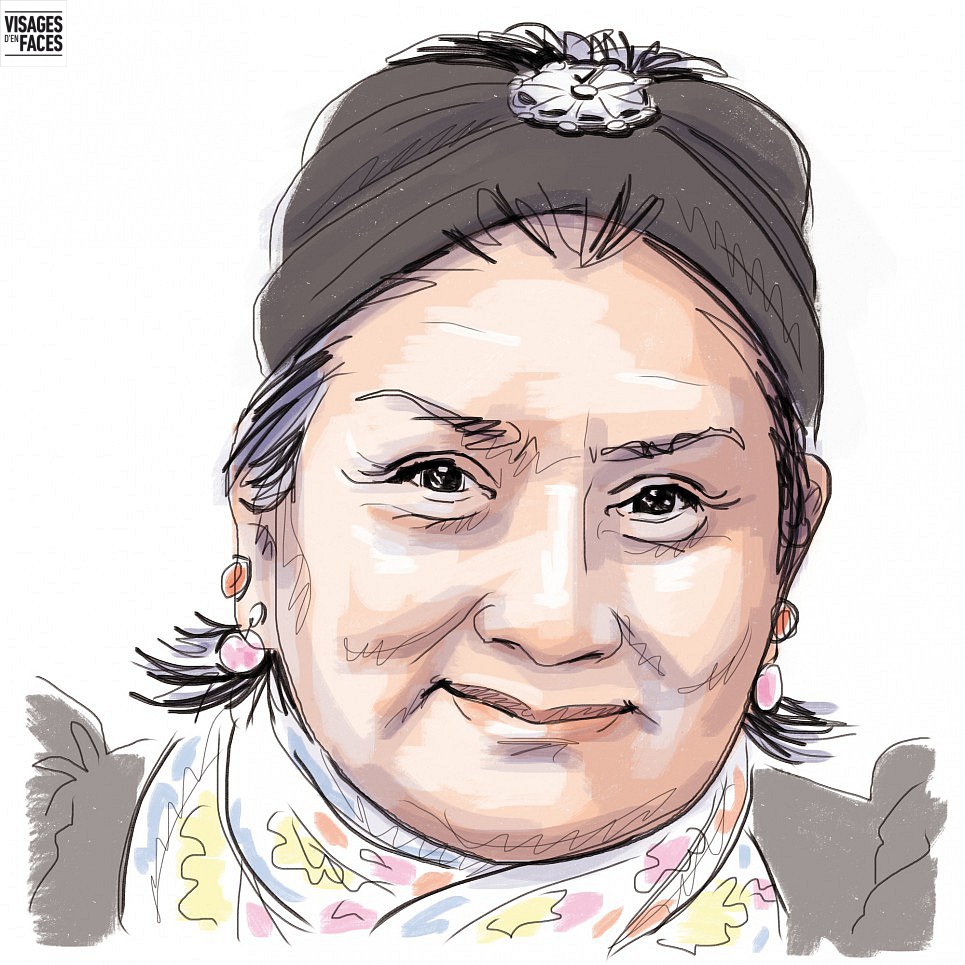 “Excuse us for our pronunciation” warned Margarita, the mother of Elena who met with us to do the portrait. […]

The French language, neither Margarita nor Elena spoke it well when they arrived here from Peru, at the ages of 46 and 28 respectively.

Margarita: “There, that’s Lima. I’m on the other side, a big city close to Ecuador called Trujillo. Since I was poor and I was a single mother of two, I worked hard to raise them. I didn’t know Machu Picchu… I knew of it here when I saw it on television. (laughs) I never go there because it was so expensive! I am from Peru pero I no knew of it.

I left because of poverty. And when I searched for work here, not easy. They don’t listen, because not good at speak French; all the sudden, the phone hang up. After, I was working as a cleaning lady for people. The offices are better, we earn less but it’s better than private homes. […] Thank God I’m still standing” Margarita told me smiling.

And she turned toward Elena: “That’s why for her, I told her at the very least to learn to speak French.”

“The language for us, it’s some problem too because of the handicap,” Elena explained. Her mother made a clarification: “It’s mental, not serious. It’s little. She stays a little child, nothing else. […] Not handicapped aggressivas, she’s completely normal.”

I show my shock and amusement: Elena didn’t seem the least bit aggressivas. But I understand that it’s really an asset when Elena explained to me what she knows how to do: embroidery… an activity which I imagine would quickly make me lose my patience and become aggressivas!

Elena worked for eight years in an “ESAT,” a center for employment and support services. “For the employment center, I made a creation. […] A big picture, an order. El director told me: ‘Elena is very gifted, you are going to do well here.’ I finish work, every-every-everything. The manager told me: ‘Elena this work, it’s so pretty.’ […] I do it quick-quick-quick because it’s an order. And after it’s done, the woman is very happy with my work. And then I made a bedspread. And then a wedding dress.”

I do find that Elena has the allure of a creator. And what does she do at the Etincelles Sociocultural Center? “The puppet at the workshop. I embroidered the little heads.” I learn that Elena is at the top of the class in a puppet-making workshop and her embroidery teacher allows her to add her own personal touches, especially on the faces. […]

The Etincelles Center also provides French lessons. Now in retirement, Margarita had already tried earlier: “I was working in Boulogne. I go up to Montparnasse to study French. At night, two times, three times a week, a lot of people will be there to learn, for free. But I was sleeping. I never could learn. In the daytime I used to listen, I really liked the television news and some of the time the boss spoke to me, some of the time no.

Between us, we both speak in Spanish all the time around the house. Going to the doctor is also very difficult, and it’s hard to find another person who speaks good enough French to come with us.

That’s why I like Elena to learn. That’s why to her I say to learn because I’m not going to stay forever at her side.” 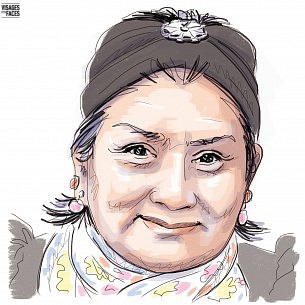