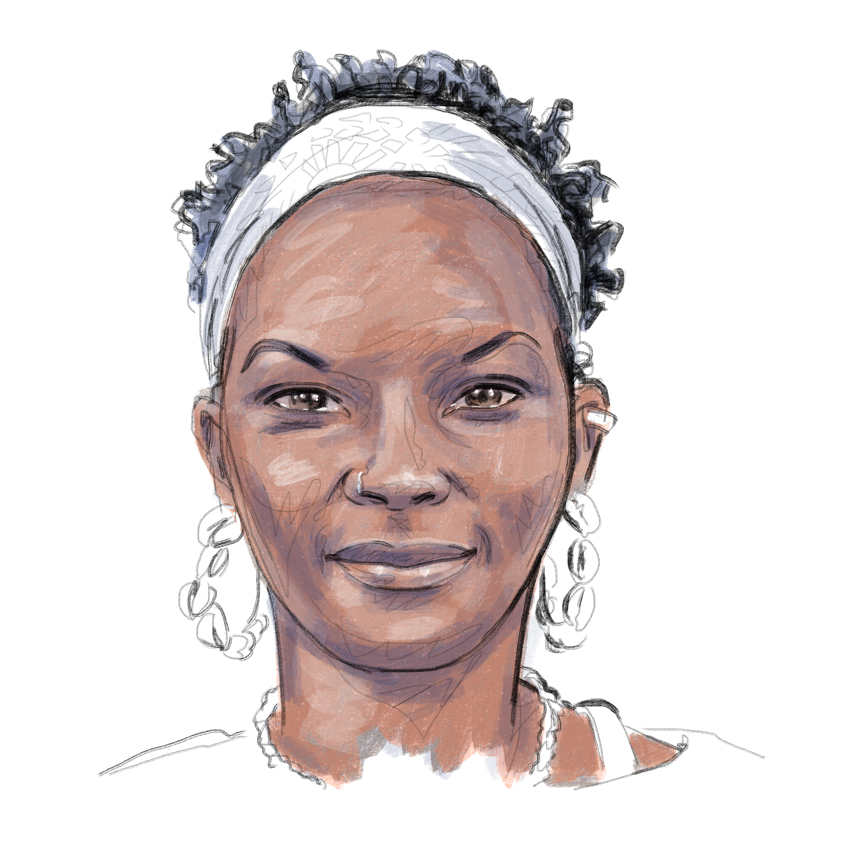 “‘I am Karaba, the woman in Kirikou: my charms see all, including all your antics!’ That’s how I introduce myself to the children. As deputy City Education Director, I am particularly interested in supporting projects that allow every child in our society to find their place. I am also an athletic trainer.

I am constantly reinventing games: the children make them their own and that inspires them to open up to other things. In a neighborhood where there are so many different cultures, American basketball might become Malian or Chinese or Italian basketball. The little boy who doesn’t want to participate in sports may be made captain of the team, providing him with leadership experience. A goal scored by a girl might be worth double; the boys will do everything to make sure she scores and when she does, she’s the world champion!

As for me, even though I never went professional, I’m still proud of my athletic journey and of having made it to the Nationale 2 division level. I’ve met so many great people thanks to basketball. For example, I created the Ladies & Basketball association with Syra, who I met when she was playing on an opposing team. And when I was invited to games by the League of Champions, I always brought along children I knew from the Deme Pour Réussir association, of which I am now president, as a kind of reward for those with the best report cards.

I train girls who are 7 to 10 years old to help them get into the athletic section of Paris Basket 18, the most elite club for women’s basketball in Paris. Players like Olivia Époupa, point guard for the French team, Touty Gandega from the Malian team, Diaba Konaté, and many others were part of this club. In order to be a part of it, you also have to leave your neighborhood. You are exposed to a strong educational curriculum, and you start to have ambitions, whether in basketball or something else.

Sports injuries at that level – I’ve had quite a few! – also make you see other paths. I was always well taken care of by the doctors, physical therapists, nurses…

You have to go to school for a long time for any of these jobs. It is possible, but, on the one hand, you can never slack off, and on the other, you often have to have a job on the side in order to afford your studies.

Most of the youth I work with are in this position. You need to fight for it.

Another word of advice: once you get to the school, shake everyone’s hand, smile at everyone. Why? Because that’s your future network! Sometimes young people will tell me: ‘Yeah, but I feel excluded. I don’t have the same background as them. I’m black. I know I’m not going to make it through.’ Well, go find someone who will help you to integrate into that group. Maybe change the way you talk. Show them that you are there to stay.

And if you fall down, you get back up again. With each failure, you come back stronger and you have new goals. Hard work always pays.

Sometimes, the side job you take to finance your studies is what will give you new ideas. I was in the Business Management track at school and didn’t really love it. I was running youth programs to pay for my studies, and that’s when everything changed for me.

I discovered that I was good at working with kids, and I knew that, as a black woman of Malian origin who had played sports at a high level, I could have a big impact on them. At that time, African women did not play sports, and definitely not sports where you wear shorts and run around on a basketball court.

However, that’s the place where I feel most at home. If I heard a ball bouncing in the street, I’d whip around to see who was playing without me! Later on, if my health requires it, I would play para sports. I am already organizing workshops on wheelchair basketball in the schools, with the CAPSAAA association.

I always played against boys. Back in the day, there were only about a dozen girls who played on all the Paris playgrounds. I wanted to reach the level of Nationale 2, and I knew that I’d only get there if I trained as often as possible.

There were some boys who would help you out. They knew your level, your value, they were always there to motivate you. Others were misogynists. You’ll never change their minds. At first, you want to fight them, but then you think, you’re going to win the game anyway. Just let them sit back and watch! Quite simply, my response to them was to play basketball.

Even so, every time I scored a basket, I would hear that my place is in the kitchen or I should be doing housework.

I used to love to say, ‘First of all, I feel sorry for your sister. Second, listen up: I’m going to predict your future. Your first two children are going to be girls!’

And they never knew what to say, sort of ‘Take back what you said! Take back that prediction!’

‘No! I just said it, and I’ll say it again. You just said such crap. I promise you that your first two children will be girls!’” 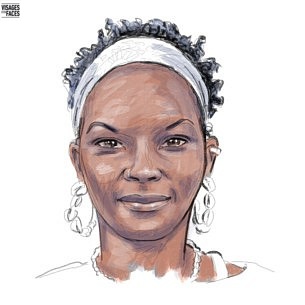