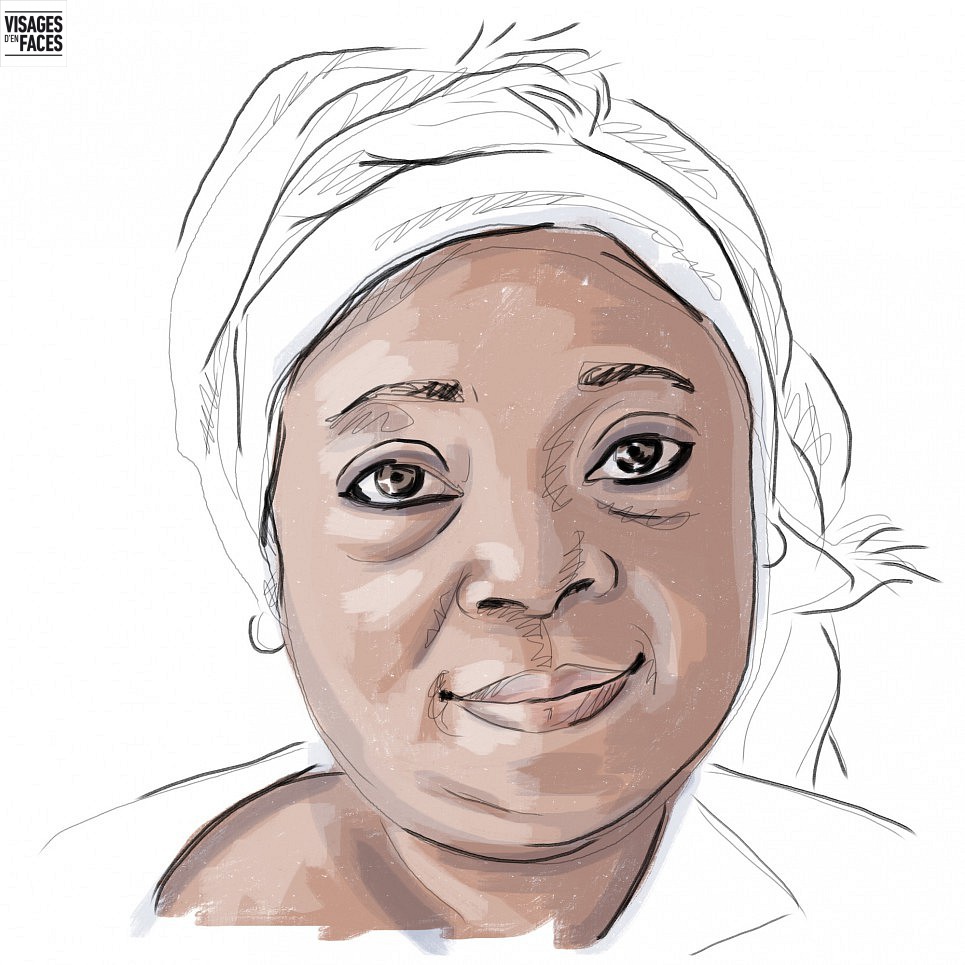 “Women are always closed up in their homes. It’s hard to get them out of their shell. Even taking the kids to school, they don’t know how. These poor innocents left the country directly for Paris. Some had never seen a plane or a car before. They don’t know anything about here and their minds are still like in the country. So the children, when they go out, they do whatever, and when they come back, their mother doesn’t even realize.”

Fatou has eight children aged sixteen to forty. The last two were born in Paris. “The others stayed in Senegal. I couldn’t bring them here. My mom raised them. It’s a verrrrry big family, after all. You know Africa, that’s it!” Fatou told me, laughing.

“But many moms do not go back there for ten years or fifteen years, and their kids don’t know Africa. Because not only is the ticket expensive, but in addition once you arrive there, you can’t count on people: these are the people who are counting on you. […]

But they do not know how we live here. Even if we explain, they do not want to understand. When I tell them the rent I pay for the apartment, they compare that with the CFA franc and say: ‘But it’s not possible!’  […]

My son, since he went to Senegal, he has grown up fast, he says, ‘Mom, you wash all my clothes well,’ and he irons them and says, ‘You send them back to the homeland.’

That’s life. We must always fight to overcome all the trials of the world. […] Even if we are poor, there is joy. […] Even if it’s just a tiny drop that we drink, it’s enough for us because we support each other, that’s what helps us. […]

A support group for women was created, the Dioubau association (“together” in Wolof). We go door-to-door to talk to women. […] We talk, we say, ‘Listen, you have the right to go out, do not stay home.’ We started with a small meeting of about ten people, and there are more than sixty of us now. It’s been almost four years. Every month, we get together, we discuss, we dance. This is an opportunity to share good times and questions.”

Fatou then shows me the papers of another association of which she is also part: “It’s called Touridouna waji allah, people who believe in God and who go towards peace. It is to educate young people against radicalization … There was a friend who lived Boulevard Serrurier in the 19th, her daughter was getting married; she had left to celebrate her bachelorette party. She fell on that and she died.

– On the Bataclan attacks. She was on a terrace with her friends … We were preparing for the wedding that was to be held on Sunday. And her mom got up in the morning, she said, ‘Huh, but she’s not home. But why?’ We were waiting for the results. His friends dared not say anything, they were all at the hospital. That’s when it was announced that her daughter had died.

So you see, there are things that affect everyone. It’s not just the French or the Americans. That’s why for me, when they say it’s the Muslims, it hurts me a bit.

After the death of this young woman, we said: ‘Listen up, it’s time we try to do more.’

Children use the internet and we can not say no. And there are many people, it is on the internet that they have been influenced. But I say to my children, ‘When you see that, keep going, you do not even look!’

Do not say, ‘Yes I will hide my body.’ No! We can dress as we want, the heart is what matters. […] Because the rumors are over! To say that you are a Muslim, the other is a Christian, or whatever … No! It’s over ! Peace ! The Good God has always said respect between human beings. We must respect each other and there will be no problems.

So we try to watch over the children, to talk to them. […] My mother always said to me: ‘Wherever you go, wherever you live, that’s your home.’ Always respect where you are; because if there are problems today in France, we have problems.

We Africans did not come here for that. Already we have suffered so much at home. When we come here, it is to find a little happiness. It’s France and we live together. […]

There are over 500 people now. Oh, we organize! This past Saturday, we rented a room, we made food … ” […] Last year we had a big event at the end of fasting in Evry-Courcouronnes. There were Jews, Muslims, Christians, everyone! We all know each other. We must, because we are all in danger, in fact. […]

There is not a day that passes without me talking to my children. “

Alfa, Fatou’s son, learned the trumpet at the Archipelia sociocultural center and then joined the DEMOS project for three years at the Cité de la Musique. He participated in concerts given at Pleyel hall.

Fatou’s daughter, Raby, is an actress: ‘Sometimes when I get annoyed here, she says nothing but she writes everything, and it comes out on the internet and then everyone laughs. (Laughter) She turns it into a story where everyone recognizes themselves a little. ” 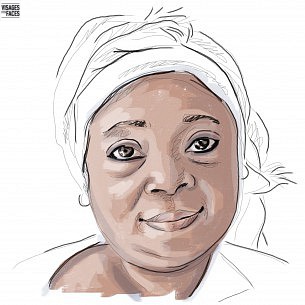