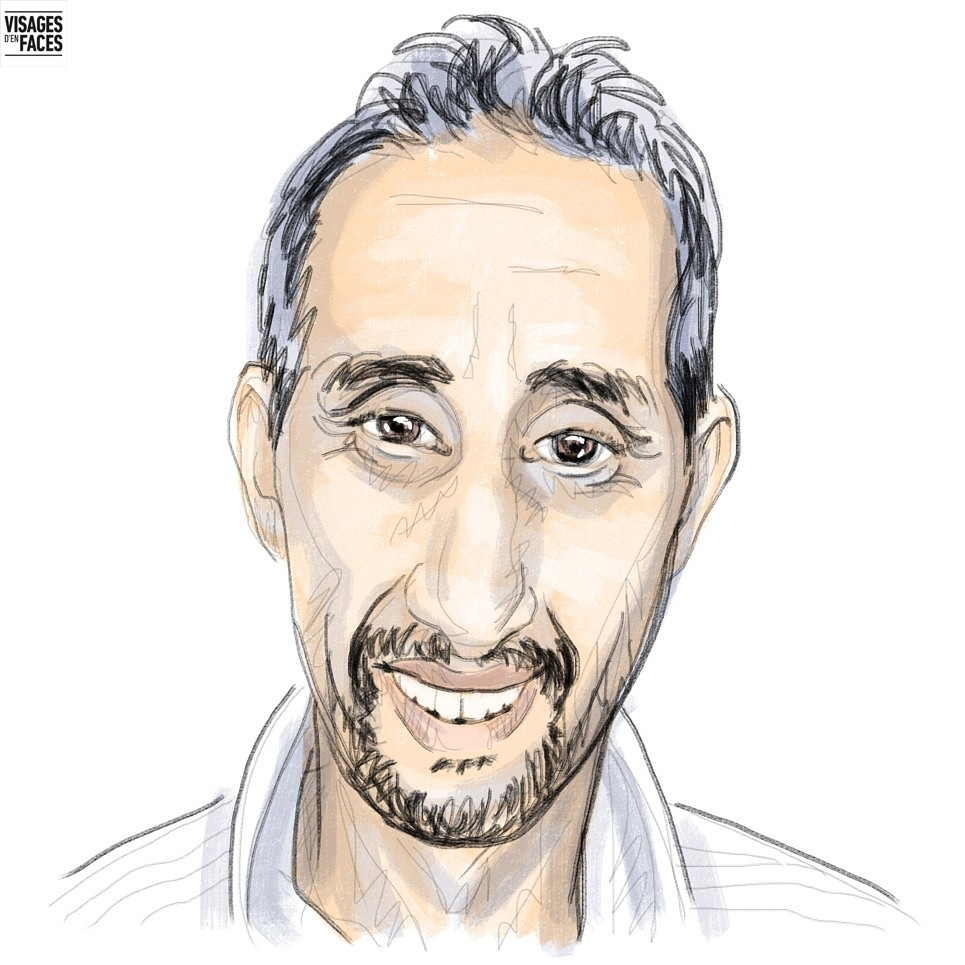 “I noticed that you really like to write! When I start a business, I will hire you. Like a secretary and bit of an accountant…what you do think?”

While Lahcen is pouring some of his delicious mint tea, I set my conditions: “Accountant, no thanks! Not unless you make me really tasty meals!”

Dishwasher, shop assistant, waiter, barman and finally cook with the SNCF ( national railways), then Air France, the CNRS (national science organisation), the Dalloyau (patisserie chain) and today in a collective restaurant group, Lahcen has worked in the sector for 30 years […].

« Me, I like to change. The same boss, morning, noon and night for thirty years. Goodbye!

When I started, it was for pocket money, instead of having to ask my parents. At that time I was a general mechanic, I wanted to become a metal fitter and turner for planes and cars. I worked in a creol restaurant, the Madinina, near Les Halles in Paris. Colombo, snapper, bream with avocadoes, christophine gratin… I know how to cook all the dishes, yes I do! You just have to say the name and I can cook it.

“How old were you in the 1980’s? The world has changed a lot since then. It was a great atmosphere, people partied all night. And in the morning we continued to party drinking Guinness. We knew everybody. Pierre Richard, The Unknowns, were all there around that time. I was friends with the drag queens. I was happy. I dropped out of school to learn this trade, to be a cook. And also, to look after women. When you see a guy preparing something to eat, you’re happy, aren’t you! When my wife is home, I prepare special dishes for her….. I don’t like my wife, I adore her! […] ”

– Is there someone you really liked working with?

– Ah yes !…With myself. But of course ! In a kitchen I prefer to be on my own, it’s simpler that way. It also depends on how many people you’re cooking for. A maximum of 300 and 3 menus, that’s already quite a lot. Once you’ve got everything set up, it can be done quickly.

For young people, they need to choose a job which will help them in their lives. Mucking around is ok but you need to prepare yourself for life first. Mucking around can’t last your whole life. As well, everything is getting more expensive and salaries are going down. Young people wait and wait, and then there’s nothing. Even though there’s lot of things young people want to do, the government doesn’t given them any support.

We have respect for each other, which is already pretty good. And La Sabliere, through the local associations, does things for young people. When I come home, to my place, I make my tea, I sit down in front of my computer or television and I think about my project. I want to start a sandwich shop or Moroccan tea room. Because I think this neighbourhood is on the way up. There will be businesses opening up soon. And the young people want to work with somebody who knows the neighbourhood and his job, that motivates them. ” […]

– Who taught you the most in your job?

– The chefs taught me things, especially the older ones.

– The ones with the most experience…

– Yes, experience with the bottle.

– Some of them had brandy in the morning. No joking! That’s how it was. And a little Gauloise cigarette without a filter.

Lahcen has a quick wit and simply says to me: “I’ve had enough of problems. I smile at everybody, I laugh, I’m open. I don’t get too worried about things.” 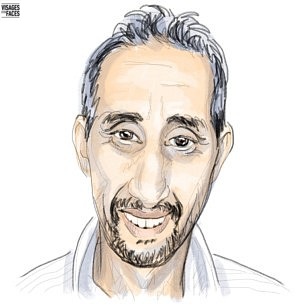