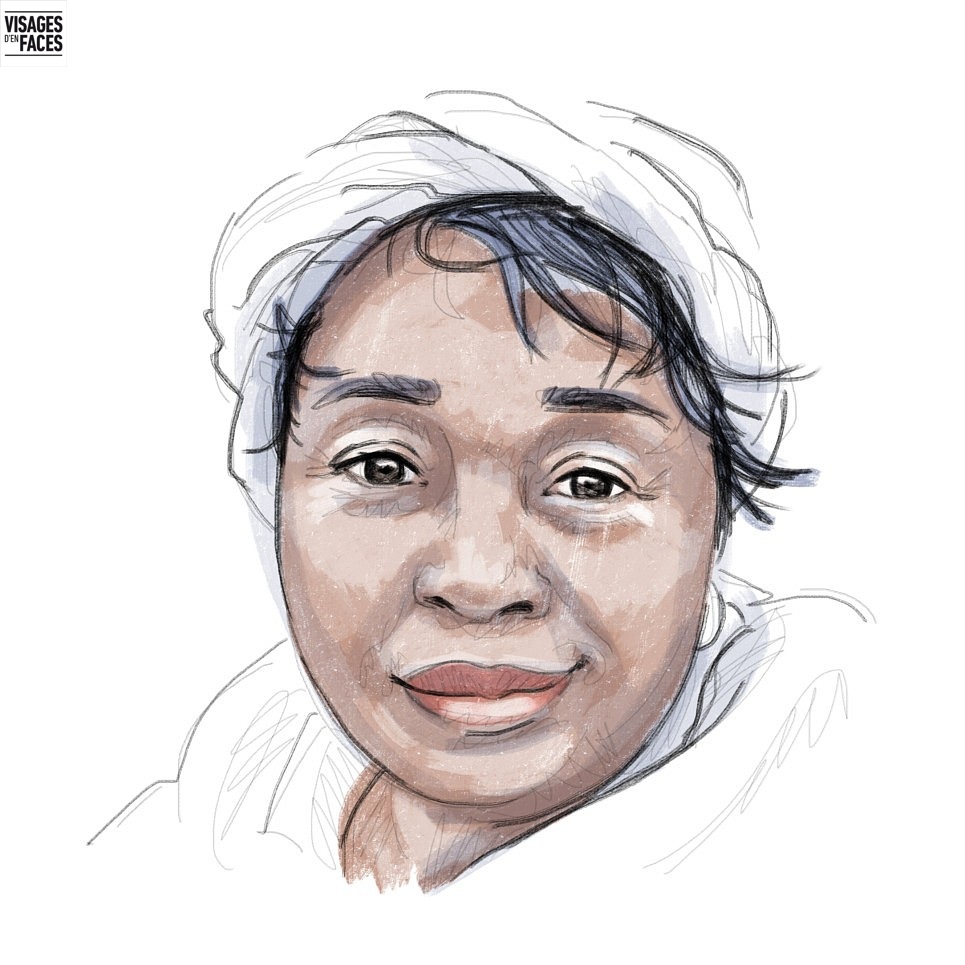 “For me, to say good morning is sacred. And it’s not just to my family, it’s also to the people I meet.”

Born in Brazza in the Congo, one of nine children and raised by her grandmother, Marceline came to France when she was 16 years old. Her four children “my two mix-race and my two black”, have nicknamed her ‘the colonel’: “How is it going colonel?” “Colonel, you made a great meal today” and sometimes with a variation: “Mum you’re our star”. […]

Marceline discovered lots of countries for pleasure, but also some where she had to start her life again from square one: one days she gets on a plane with no luggage, direction the United States.

At Seattle she stays with her cousin, she pursues her career as a nurse’s aid in a retirement home. Her first two children come to live with her, she meets somebody, they all leave to live in Canada: “I really like the people of Quebec, they are very friendly, informal and family is very important.”

She gives birth to her two daughters… Then resumes her travels, back and forth between France and Canada while trying to keep her family together one again restart her life. The landing at Noisy-Le-Sec these last few yeas has given her the chance to find a certain stability. The sessions of homework help with the association Entraide à Tous (Help for Everyone) has contributed to a fill the gap between the French and Canadian education systems.

“Mr Colou – a short form of Coulibaly – is a neighbour. He said to me “you’re a fighter”. But you should see me at exam time! When one of my daughter’s got her end of school exam results, I decided to be courageous and go to the school.”

Marceline repeats the kindly words of the school principal:

“I knew your daughter would get a good result in the end of school exams!”

It seemed too good to be true, so Marceline asked: “Oh really? You’re telling me that?”

And the principal answered: “Yes, that’s what I’m telling you. She’s not just your daughter she’s ours as well. She is very nice and what did I say to you? I knew she would do well in the exams!”

“Once I got back home, I knelt down on my knees and said. ‘God you are marvellous. You don’t give me millions but what you give me warms my heart.’

Whatever the problem, prayer will always help. Me, the first thing I do is pray. From the moment that God gave me good health, I could look after my children. I love them, each one of them. I tell them that they shouldn’t worry about my life, that’s my responsibility. God has made it happen like that, it’s my destiny.

Perhaps, because I grew out without my mother and father, that’s had a big influence on me. My grandmother always used to say “Whatever the problem, if God gives you children, you have to look after them. My children don’t have a father: I’m the father. I can’t leave my children like that. No way! You have to fight.I need them and they need me.

If I’m down, I think of my grandmother: ‘What would Grannie have said? Never, never give up! Never!’ Sometimes when I get angry, I think: ‘Oh! Jeanne !’ And I get up. She’s my strength.” 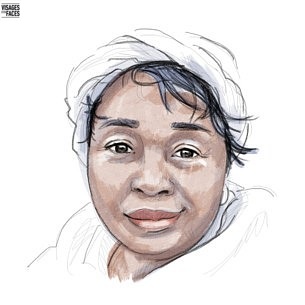