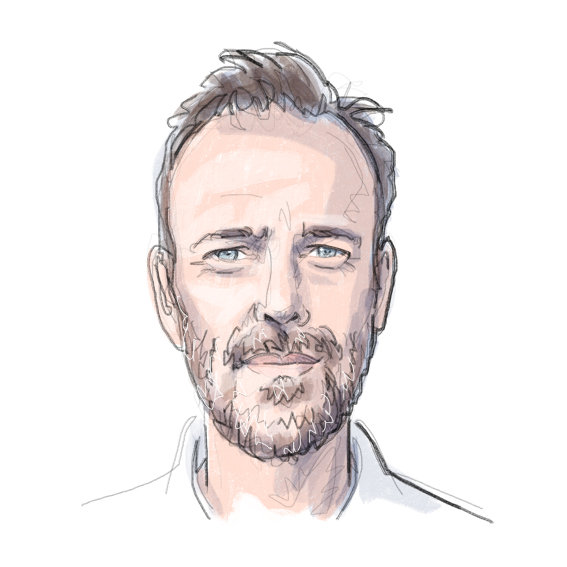 « When visiting my grandparents on the South Coast of Africa, I remember as a child looking out at the ships on the horizon and thinking : ‘ There must be people on there… I wonder what that must be like.’ »

« At university, I learnt about apartheid. I never had really given thought much to politics and I had never questioned our social living environment : the blacks living in townships, the white people in one area and the indian population in another… There was a war, we had been been told it was the Russians trying to take over South Africans, whereas it was African nationals fighting for South Africa to become a democracy.

Policing was quite heavy in these days. I went to secret meetings and I learnt more of the real story. That’s why I went to sea ; I had to face military conscription which was two years. One way to be exempted was to join merchant cargo ships for thirteen years.

To accept that amount of time and go to sea wasn’t a problem : when I climbed on my first ship, I immediately loved it.

Mostly I was on general cargo : there would be parts of an oil rig, and a crane, and a truck, and a boat, bales of tobacco, bales of paper, shipping containers… It was like a giant three dimensional jigsaw.

I loved these boats and I loved the travel, but then somewhere in it I became involved in environmental work.

I had a little house in a small village near Cape Town. An environment group nearby had a permaculture model. I became really enthusiastic in gardening and then agriculture and then… once you start, you can’t stop. When I went ashore in foreign countries, I would find local environmental groups. In Vancouver, I learnt about Greenpeace. ‘Oh ! There is a boat and environment.’ I didn’t have to think too much about decision…

I’m very happy in the reality that we have at the moment even though there is great suffering. Until we achieve equality and redress the wrongs from the past where we have taken the wealth from what we call 3rd world countries and damaged so many places, we’re always going to be in trouble.

I often liken our tragedies to storms at sea. In rough weather, all you can do is just do your work. And if you’re not on duty, the best thing is to lie down because the ship is moving so much. It might take days or weeks but you are always going to get to the other side.

My first wife died at the age of thirty. Knowing we were losing eachother was tragic and painful as well the most beautiful and loving experience. That tragedy turned into something that was the greatest gift for me because I know what love really feels like.

I left the sea for three years, to travel in a different sea. I decided I would go on that journey until I ran out of money. I sold everything : my house, my cars… and when I would have nothing left, I would either have a divine answer or I would be returned to the normal world.

There wasn’t such an answer but I learnt that there are synchronicities, tools and allies that can help us through life.

Knowing that there are depths, that there’s more than meets the eye, makes life far more exciting to journey along.

I have one boy, he’s six years old. I would love to show him the Antarctic. Two weeks ago I took him out for the first time on sailing. He was very excited and liked it a lot. » 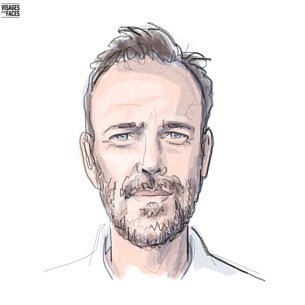