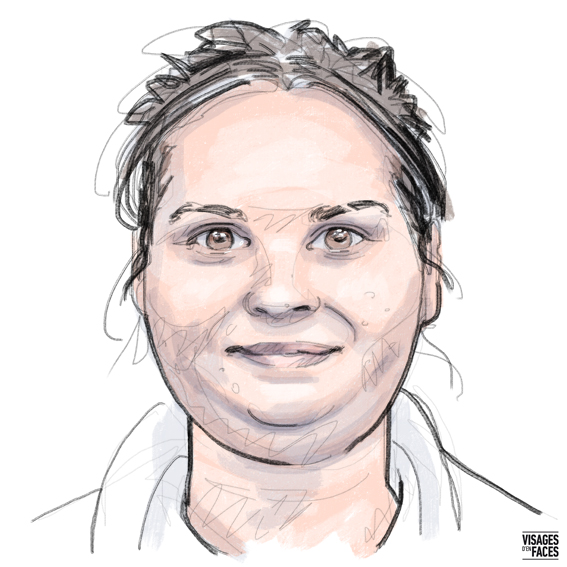 “My first memory of Paris? The cold! I slept outside in a tent with my boyfriend and I was a beggar. I had been working before in Germany and Italy, in sorting, packing, and cleaning for the elderly… I came to France because my cousin was here. He said to me, ‘Come, you are going to find work’ and when I came, he told me there wasn’t any, and he left.”

In February 2016, Monica arrived in Paris, and since the summer of 2017 she has been working as a maintenance employee for the common areas of buildings and streets in the Régie de Quartier in the 19th arrondissement. “I pick up papers, I sweep the sidewalks, I clean up the gardens. Back in Romania, things were a lot harder. I am an only child, but my cousins, whom my parents adopted, are like my brothers and sisters. My dad went to school for six years and cares for his disabled brother. He does not have a real job : simply put, when people need someone, he will go and clean for them, for example. And for me, even with my job, it is difficult to find work.

Here, in this street, the people were very nice with me, never any problems. It is very important to smile, to talk, because if not, the people think you have something against them. I was asked: ‘Why aren’t you working?’

When I awoke, I would put my tent in my bag or someone would keep it for me. Each evening, I would eat the vegetables that were left over after the supermarket closed. I would also go to the Porte de La Villette canteen which helps people who live on the street.”

Her French is lively but a little hesitant—she never learned it in school but has been getting a handle on it recently—Monica wants to tell me about the support she has received.

“After six months outside, a lady started to get to know me. She told me: ‘If you’re outside, come to my house, it’s okay.’ So, I started to sleep at her house. She gave me a smile, she gave me food, she gave me everything. I said : ‘If you help me, I want to help you too.’ I asked : ‘Is it possible for me to change something in your home here?’ She agreed, and she told me what I could not touch. And with my boyfriend, we surprised her : we cleaned everything! The apartment was seriously clean! She was very happy!

On the street in front of the supermarket, a lady spoke softly to me a little each day, while she was shopping. She asked me if I would like to work. I said : ‘Yes, but I don’t know how to speak French.’ She is a specialized educator, she accompanied me to a see a social worker, and the social worker found me a job!”

After several round trips to complete her maticulously organized paperwork, which she proudly shows me, Monica began to work at the Régie de Quartier. “It is very important to have people who encourage you. Once I began to work, begging ended! At the Régie de Quartier, everyone is nice to me! If you respect people, people will respect you too. If you aren’t nice to people, people will treat you the same way.

Learning French at the Régie de Quartier helped me a lot. Here is my certificate, and the certificate of professional skills as maintenance person. If you work hard, you have no problem. Since I have been working at the Régie, I have never had a complaint from the people. The work can be hard, but I have never heard anyone say ‘Look here, this is dirty.’ Never!

I send money sometimes to help my family. I love my parents, they helped me grow, they sent me to school for eight years. They taught me to respect, not to steal, nor hurt others. Sometimes on the phone, they say funny things that make me laugh.

Monica and her boyfriend now live in a shelter, waiting for a home. “At first, I woke up all the time, I was scared thinking I was in the tent : once you close it, you can’t see anything, and people could hurt you. Now, it’s over, I’ve forgotten all that and I tell myself, ‘God is with us.’ I can sleep peacefully.” 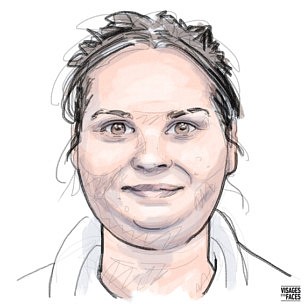