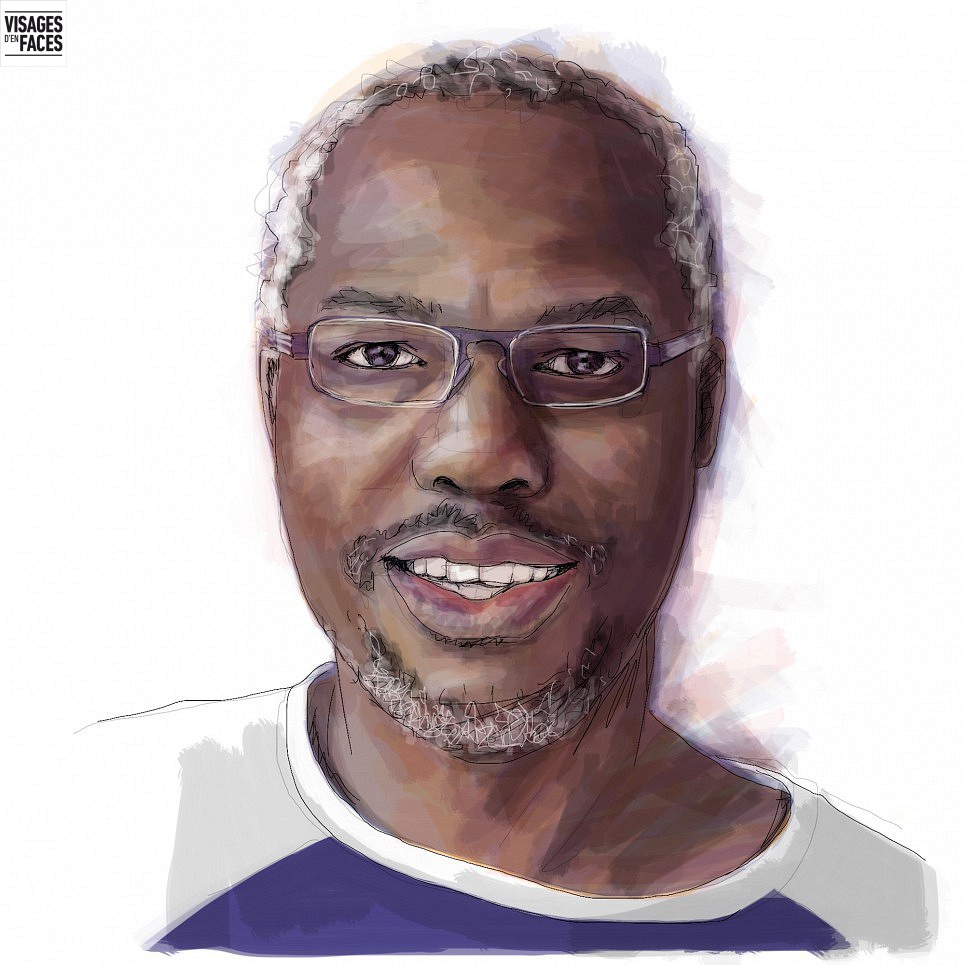 “We went a lot to 104 at the beginning, to support them,” says Nestor. “When we were a young, rich couple,” added his wife Roselyne smiling in a falsely melodramatic tone. The docks at the Villette pond, especially during Paris Plage, and the equestrian center of Villette are among their favorite outings with their daughters.

“I arrived to Italy on August 5th, 1993 at 7 in the morning.” Nestor’s memory astonishes me, yet I am discerning: “Ah ha, it was then that you fell in love with Roselyne!”. Failed: “It was the first time I set foot in a plane, the first time I came to Europe, the first time I heard Italian spoken. To tell the truth, I didn’t know that Italian existed.” With a Yacouba mother and a Dioula father, Nestor has had the habit of juggling different dialects since he was little. “I love languages.” We want to believe it: having lived in Rome with a family with five children, he learned Italian in a month, sine qua non condition for college acceptance.

He entered into the seminary in Padua. Well, why the seminary? I am talking to a Nestor who is married and the father of three kids. He explained to me that he was baptized when he was 17 years old and made the journey up to the profession of faith. “I received a lot, what can I do?” had been the question that he then posed to Father Paolo. The Father suggested a path:

-“To shape you and make you either into a good priest or a good husband.”

Ah! Here I have a good story. Wait for the next part, Roselyne isn’t too far off.

Our young seminarian learned philosophy for three years: “No philosopher is banned at the university. My favorite philosopher is Nietzsche and he’s not fondest of religion.”

At 19 years old, a discovery profoundly shocks him: “My region in the Ivory Coast is a forest region. From us come out centuries-old big logs of mahogany, iroko, gmelina… I finally understood that they take from my home what theirs doesn’t have.” Yet upon his arrival in France, he crossed an immense forest: “Look, there is this forest, all this wood, all this wealth… and I wondered why they were cutting down all the wood in our place.”

I also learned that Nestor’s grandmother did forced labor.

Today, the association he created three years ago brings together French and Ivorian skills. O’Rizon allows 450 families, around 2,700 people, to free themselves from the famine in the Ivory Coast and become self-sufficient.

-“At 7 years old, I had my vision. Later on, I decided that I wanted to find the place between here and there to put in place solutions and soften the resentment. Priest or not, what I’ve learned here should serve my people.”

-“Okay… and is that when you fell in love with Roselyne?” 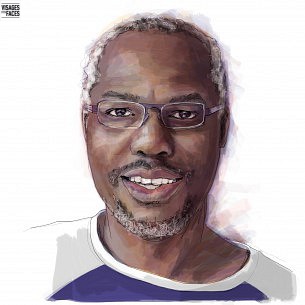