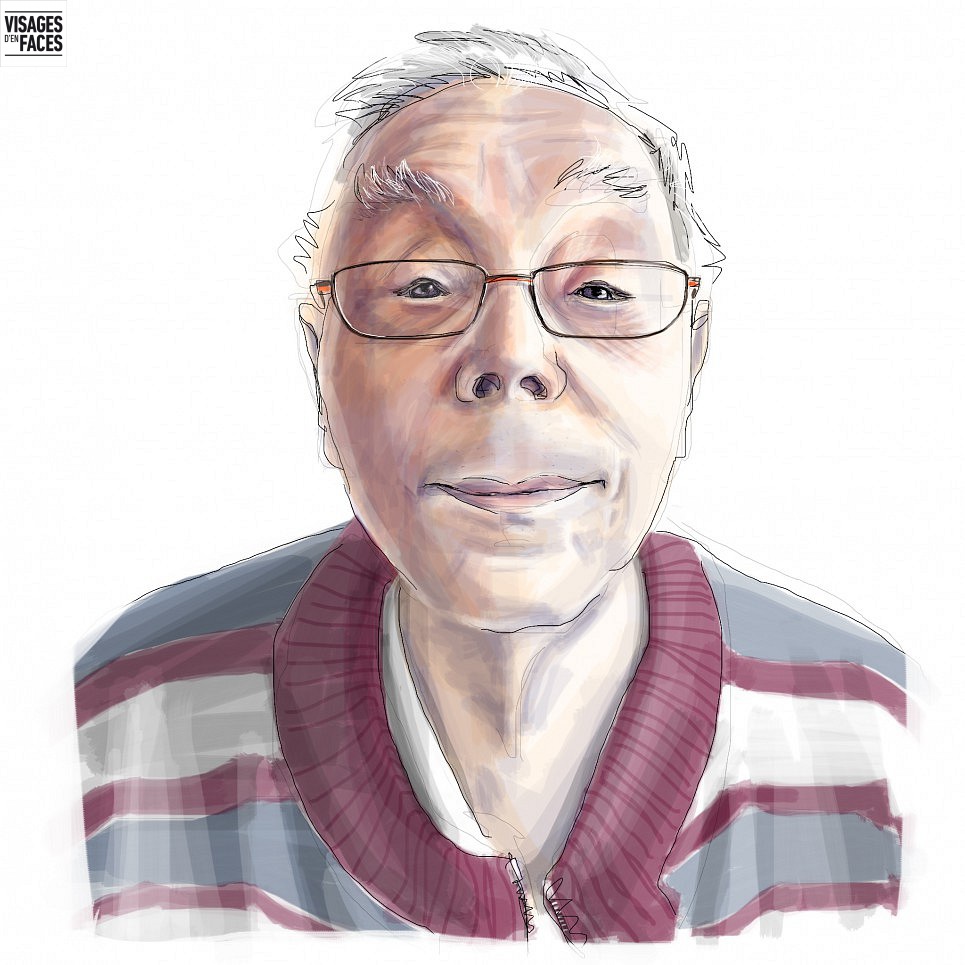 “When she came the first time, I thought: how friendly this woman is!” Roger tells me about his carer. […] Then one day, Roger announces to her: “Now, if it doesn’t annoy you, we can address each other informally with ‘tu’!

You know there is Aimé Cézaire, Léopold Sangor, they created the negritude movement. There are just human beings, and then civilization started in Africa. Then there’s Lucie.”

Roger starts up his computer, which takes a little time: “It’s warming up”… While the machine is waking up, Roger goes on You Tube as if he had done that all his life, searches for “Letter to Elise”, starts the music and puts on his glasses. Having got past my first apprehension at hearing for the nth time a piece played too much, I’m surprised to find it decidedly pretty. “And you know, when you look into the Beethoven archives, you never find out who Elise was.”

Roger likes to watch Karambolage sur Arte [Pileup on the Highway?] Sunday evenings. “Do you know how to cook an egg in water without it exploding?”

I hazard a response: “By adding some salt?”

– You make a tiny hole. Otherwise, with the heat, the air pocket swells and the egg explodes.

I ask Roger what led him to the bookbinding trade. “The war. We had been evacuated to Seine-et-Marne, to a village where the teacher didn’t have the proficiency to teach beyond the primary school grades. And then after the exodus, the mattresses on the roof of the 6-horsepower. […]

Next I made it to the école Estienne.” Roger shows me a book he has bound: the cover decorated in gold leaf shows a woman drawn by a friend: “We had some books, we had to take them apart, put them under the press, sew them, make spines, round them…. the strong glue was warm and we waited until morning for it to dry. It took two to three weeks to rebind a book.”

He takes a new book, flips the pages and says to me: “Before, the books opened themselves.” […]

I met my wife at the Musicals for French Youth. It’s funny, we saw Fantasia. We had been sitting side by side, we had been chatting, then we saw each other again. We went to the opera, we wnt to concerts, and then we ended up by getting married… We had to meet, that’s all.”

Roger shows me a photo of a young couple washing dishes: “At the beginning, we were living in an attic apartment near the Place Pigalle. […] To take a bath, we used to go to my parents in the 19th arrondissement, next to Place Danube – at that time, there were cows…

We lived together 55 years (1), that’s not nothing you know. Our relationship was based on love, on friendship and tolerance: ‘You are right, I am right. OK, let’s set that aside and we’ll see.’ Before we got married, we had many things in common, many affinities. When we got married, we had to get to know each other.

I have photos everywhere and if I stare at them too much, I see them move, blink their eyes, smile. […] Why are we here? We don’t choose to be born, but I think we are born to do something. What? I don’t know.”

Roger is “92 and two-twelfths”, as he likes to say, with a smile at the corner of his mouth. With Denise, who he met in January 1951 and married on September 3 the same year, they had two sons, Gerard and Francis. Their three grandchildren, a boy and two girls, live near Provins, in Colorado, and in Australia. 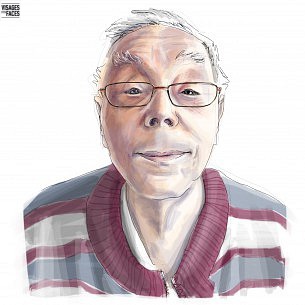