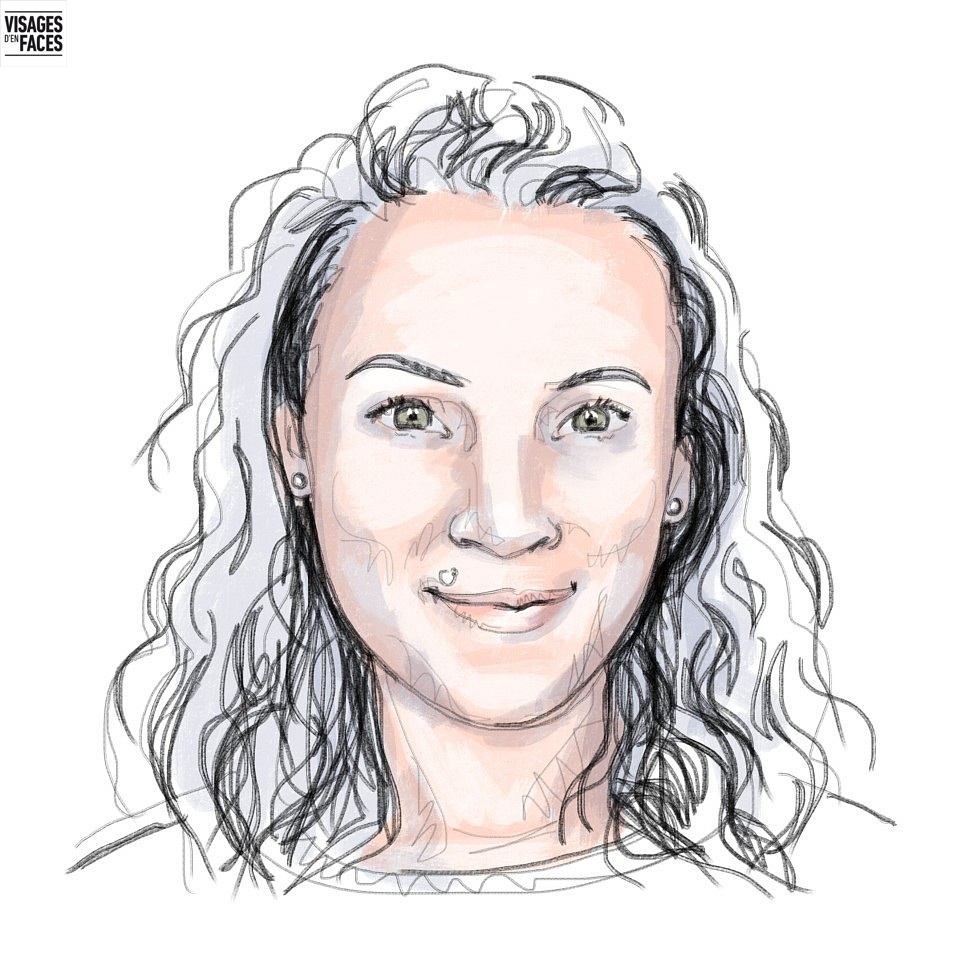 “The first time I got in my car to drive to work, I was so happy! Before it only took me a few seconds to get to work: I opened my door and there was the caretaker’s office just in front of me.

But people weren’t very considerate: they were ringing my door bell in the evenings, the weekends. My daughters would call out me: “Mum there’s somebody knocking on my bedroom door!” We were forced to be unpleasant to people. Whereas here, there’s none of that.”

Building caretaker since the age of 19, Roxanne has now changed jobs, and for the past few months has worked at Noisy-Le-Sec, in the social housing apartment complex of ICF Habitat La Sablière which has 1,200 residents.

“I look after buildings 2 and 3 and François has building 1 and 8. The ILM, we both look after until their planned demolition in the next few years.”

“There are people who have been there for an eternity. A lot of them have left their homes and the last ones are those who don’t want to move It’s as if the sky has fallen on their heads. We’re going to find them new places to live but I put myself in their position: the elderly people don’t know how they are going to deal with this change, even though we’ve done everything to reassure them and organised their move from A to Z.

It’s like a rehabilitation at another apartment building. Men, in particular, are afraid they won’t be able to handle moving. It’s a question of pride for them, to not be able to move the washing machine, for example We don’t realise because we’re young and much more adaptable. And because the water and electricity connections have been redone, there’s obviously dust, noise… A lot of elderly people wanted to stay in their apartments and so I help them.

I was able to do that, to go and see them everyday. But here, I can’t do that, there are too many apartments.”

While Roxanne is empathetic, she does have her limits.

“For leaks especially, it’s never going to be fast enough: some people think you just have to click their fingers but there’s a procedure to follow. You have to call up a company, we have to create a flle, make up a purchase order, get it signed by our management, send it to the company and set up a time for them to do the repairs. That takes time. Even though the companies know me and usually come sooner.”

Just before I went on holidays, Mr Coulibaly said to me : ‘You’re not going to leave us!’ That really touched me. There was also Mr Mezani who made us breakfast. He really did that so well: the milk, the coffee, the cakes, the dates, the sugar…. Even a cup with spoons in water so that they would be clean. He thought of everything!

I was at a funeral two years ago. Each time she went to her letter box, she said nice things to me. After the death of her husband, when she wasn’t going very well, I hugged her, without saying a word, and she dried her tears. She never wanted to be a bother. I had to argue with her, I did shopping for her. He name was Madame Weber. When she left, her daughter asked me if I wanted to have something that belong to her mother.”

In the middle of the living room, Roxanne has given pride of place to Mrs Weber’s big lolly jar. “ It’s green. ” Roxanne’s tone of voice, lets you know she wouldn’t have chosen this object for its colour.

“And the lollies must have been made in 14,000 B.C. Each time I said to her: But they taste bad! They’ve got fruits with caramel??’

She answers: ‘I know. That’s why I never ate any. I said to myself, one day, somebody will eat them.’

I ended up throwing them out and keeping the lolly jar. It’s where I put my odds and ends.” 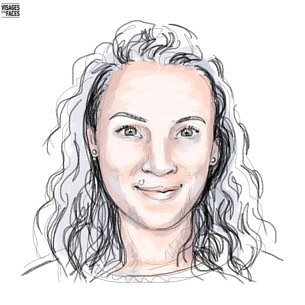