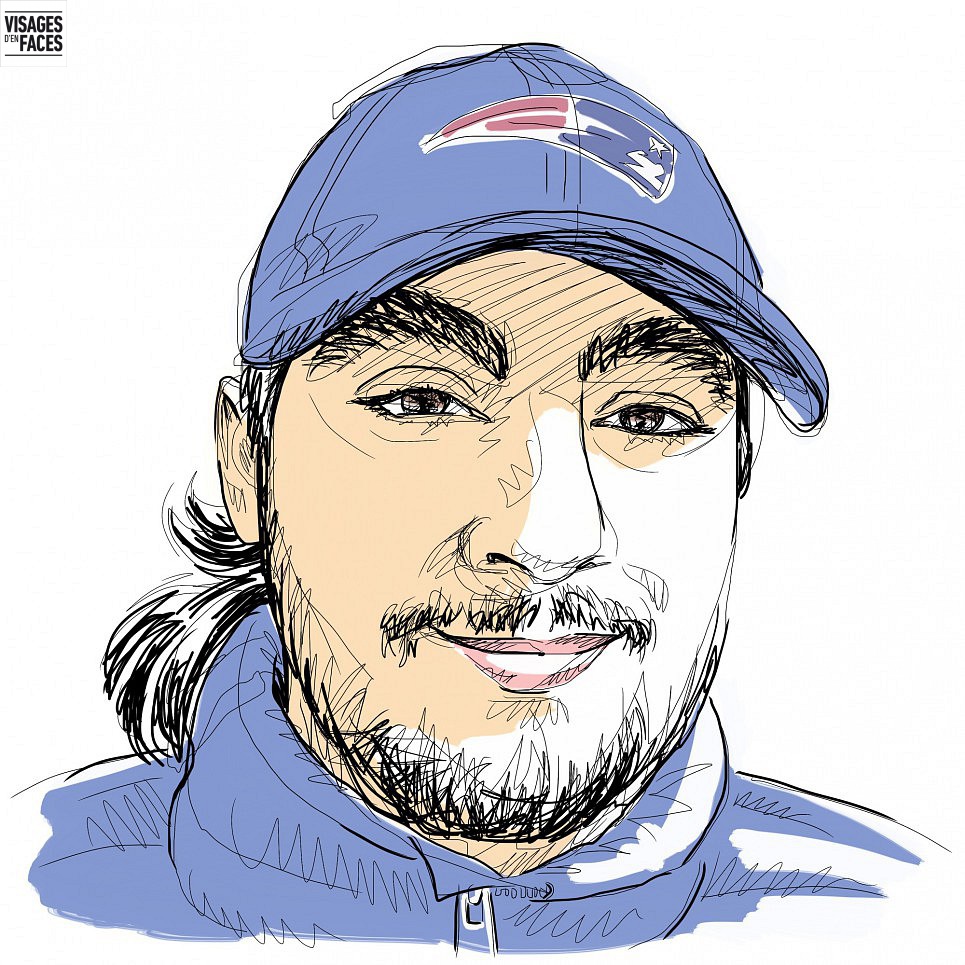 I didn’t see Ryad: to begin with it was the kids that I heard calling him. […] Ryad is tall, strong and willingly acts as their form of transportation: each one has a turn, head down and laughing, as Ryad continues to move forward unbothered.

Ryad is 19 years old. His parents moved from the Landy quarter near Aubervilliers when he was 2 years old. He was too young to remember the construction of the Stade de France. Yet he saw another vast and empty lot a few steps from his building, where we go for a walk: today it’s an entire neighborhood where brand new office buildings are popping up. As Akim’s father says, it’s a mini-Defense: very calm on the weekend except when people leave after sporting events or concerts, when the cafes and restaurants prepare themselves to welcome the waves of fans and spectators. […]

After his parents’ separation, his mother was able to count on support in the building, like the concierge who helped Ryad do his homework. I hesitate on the spelling of the concierge’s name.

-How do you spell Joannick?

Tata Jo resides in the country now and Ryad stays in contact by phone. In his apartment building, “there is a togetherness, a respect between the young and the old.” […]

He’s a sporty geek: swimming, athletics, bodybuilding, combat sports which explain his strong build. A geek who repairs drones and shows them to kids – a big brother that little boys dream about: “When I saw a robotics workshop organized in the building, I thought ‘why not?’ I asked the concierge what it was and I proposed showing the new technologies to the kids.” […]

Ryad doesn’t only repair drones but he makes them himself. Does the building hide some kind of 2016 version of Steve Jobs’ garage? I start to imagine a room transformed into a R&D workshop. Yet I don’t want to let myself be impressed: “Well, if I want to make myself a drone, what do I need?” Confident, Ryad gives me the recipe: “4 motors, 1 connection system, 1 mother board, a lever, a balancing system, and after, you have to program it.” Eh…I see what a lever looks like, but the rest…Where did you learn all that? “By myself, on the internet and from books.” […]

After our encounter, Ryad went home to work on a project for hybrid cars. Nothing extraordinary, until I discovered that in fact he’s working on a car that rolls…and flies. This time, I imagine the whole apartment taken over by his projects with Ryad’s mother sleeping in the bathtub, but her eyes filled with love. Maybe I’m a little overly excited? For the moment, Ryad is working on a miniature model. Everything in its time…

At the moment we were about to part ways, we passed by a car that went silent as it stopped at the lights. Eager to not be outdone, I say: “Well there you have it! A hybrid car!”

-“That? It’s simply stalled.” Ryad answered softly, while the kids were already running towards him. 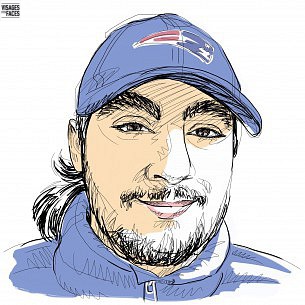