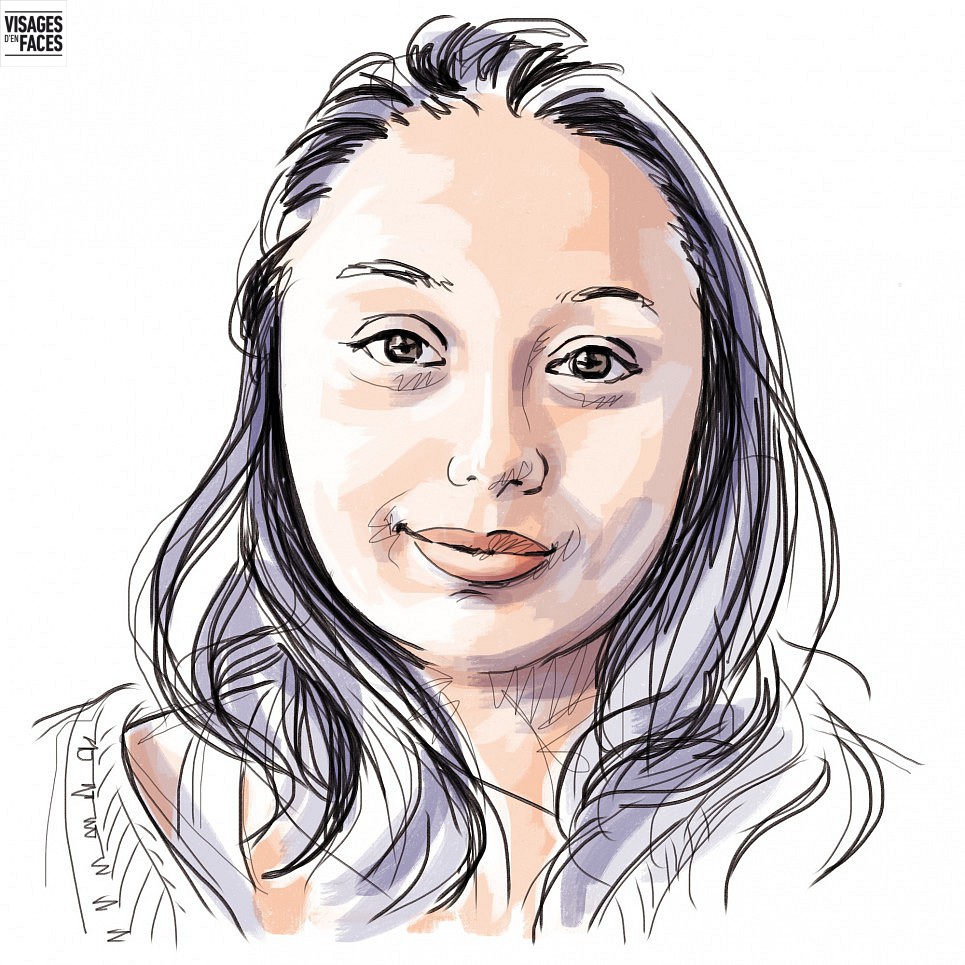 “When I was younger, I had trouble with the system. You had to listen without giving your opinion … I entered School of Neuville, a boarding school, it uses a pedagogy created with Françoise Dolto. In this school, if you have something to say, you think about how to say it so as to be effective. […] And you work because you understand that it’s for you.

When I came out of that school, and I went into tenth grade in the regular high school, I got a good slap in the face. My dad said to me, ‘Finish this year, at least.’ […] My father gave me the time to build my project. […] After, when I earned a degree that’s equivalent to a high school diploma, he thought he had made the right decision.”

Séveryne was born in the Saint-Blaise neighborhood and has a long-standing association with Plus Loin.

“I was eight years old, I came to go rollerblading. My father left for work – he’s a cook – so he dropped us there. The center has existed for twenty years, initially to fight against drugs and prostitution. They started by offering rollerblading for the little ones in the neighborhood. It was free and it allowed me to play sports.

Today, I work with Plus Loin, I earned my BPJEPS degree (1) and I develop projects with the residents, the families, the young people. […]

There are many different profiles but we work a lot with women. Some do not speak French so it’s an issue. There are some who do not know how to read at all. Or there are people, they have just never left their street. They say to themselves, ‘I do not know how to do it. It’s going to be crowded, lots of corridors, lots of signs.’ But if your kid has an appointment there, or to go out, or for a job interview, you’re obliged to leave your street. If you do not know how to use public transport, life is much harder.

So instead of printing the route, I explain how it works: ‘There, you have the line numbers, you have the colors, there you can change trains, you also have applications that can help you.’ I prefer to take an hour with her and after the person knows how to do it. Teach them to get around on their own, it seems like nothing. For us it’s easy and we do not even think about it, whereas for them it changes their lives. Now these families know how to take the subway without a tutor, without anyone. These are small steps forward. When I have done my job well, it is when no one will need me anymore. […]

It’s a little cliché but I think we are stronger together. You know that if you are in trouble, there is your neighbor, people to help out, some people are very adept, they know how to do many things even if they do not have diplomas. They bring the neighborhood to life and help others to get out of it. […]

In fact, many young people could already be childcare workers. They take care of the little ones, they know how to live together, share, communicate … While there are people who know how to do things but they do not know how to share. […]

By coming out of the traditional system, I figured I had the chance to discover something else and also to learn to think about the neighborhood, not just endure it. So I had to stay there, to share this chance. […]

And then, once you have worked or lived a little here, you become attached to people. From home to the bakery, I say hello to fifteen people and each time, fifteen very different people. It’s very strong in diversity, in discoveries.

Just there, you see, there is someone who is reading the newspaper along with some young people. And if the old woman there, she stops to talk to the young people, they will be polite, they will ask her questions. People are curious, they want to know a lot of stuff. But, they do not always have the means. Not always the desire either, but I think we are all a bit curious deep down. […]

(1) Diploma obtained thanks to the support of Aurélia, who Séveryne wishes to thank especially. Aurélia is Coordinator for responsible family culture in the Plus Loin association.
English translation by Kenson Toussaint, Salem State University, Salem, Massachusetts USA 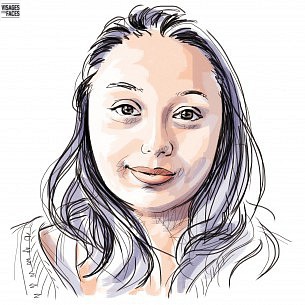