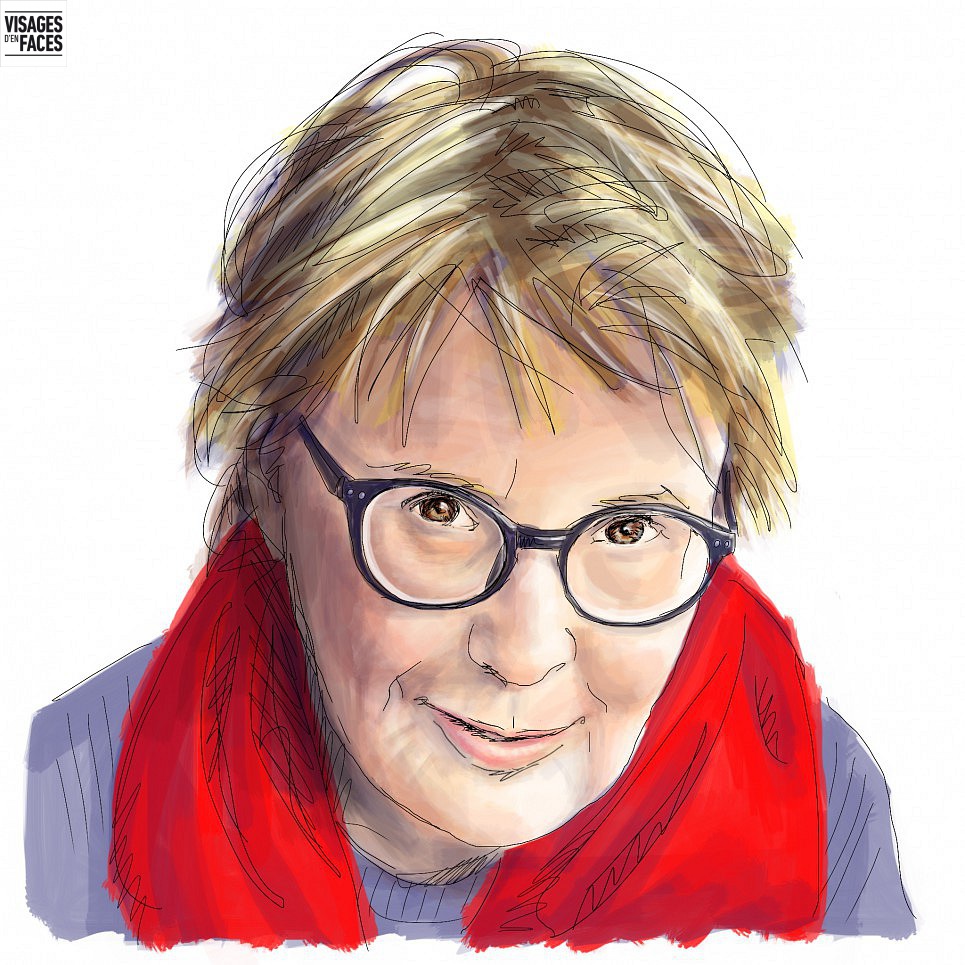 After 10 minutes with Violaine and her mustached little female dog, we talked about Scotland (her female dog is a “Westie”), passed through Mongolia (the name of the “Westie” is Ulan), then about purebred dogs and mutts, I learned that “Le Corniaud” is not just the title of a film with Bourvil.

Ulan was adopted 13 years ago. Since last summer, their walks along the Villette pond include a white cane, which Violaine bought after her stroke.

She tells me that she was very nearsighted when she was very young; so, sight, eyes, it’s all a long story. “My mother had a very high opinion of beauty and did not want me to wear glasses. She also feared that my eyes would get lazy.” At 14, Violaine announced that she no longer wished to hear “Take off your glasses!”.

Being nearsighted, she explains, it also makes you perceive beyond what you think you see, for what you see is perhaps not quite exactly the reality. You develop other senses, create a different relationship with the world.

Violaine was taken out of conventional schooling for several years, her mother hoping to organize the courses herself with other parents. Where did this “anti-institutional” spirit, described by Violaine, come from in her mother? Part of the explanation for it can be found in World War II? Her parents were both part of the Resistance. Denounced, she was deported to Ravensbrück, him to Buchenwald.

The stroke had degraded her sight a lot: she can only recognize a face standing less than a meter away. After this accident, she wanted everything to go quickly and ended up very tired. “As long as we do not accept it, it’s painful, you are only hurting yourself. And then I decided to take things as they come.”

She added, falsely solemn, with a smile: “I practice non-action.”

She enjoys the paintings descriptions in “Girl with the Pearl Earring” thanks to the audiobooks, she worked on her sight with puzzles, and her memory in the studios of Carrefour des Solidarités, which is close to her home. Little by little, she feels some progress, the brain seems to be rebuilding connections.

After our meeting, I read some articles about her mother, I then discovered her resistance name: She was called Violaine. 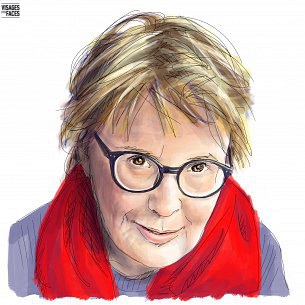