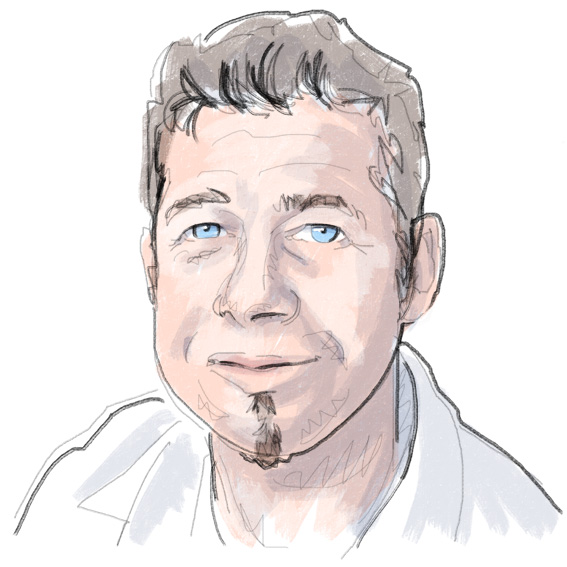 Holidays in Cauterets… We sip drinks on the terrace with my brother’s friends. Milann’s very blue eyes caught my eye.

I would like to draw his portrait but I also want to get to know everyone else. So I snap a few quick photos of him, so that I can draw him later.

A warning expressed with a smile and a light tone, to which I don’t pay too much attention: I hadn’t noticed any particular difference between his eyes anyway.

He asks me what my job is, when I started it, and why. We talk about a career change.

Then Milann starts talking. He is a member of the ski patrol. His eye, which he finds too small, is the result of an accident. In 2001, after a month-long coma, he woke up with hemiparesis. He was 27 years old.

They informed him that he would never walk again.

Anger… Head tilted to the side, only drool dribbles out of Milann’s mouth. He had also lost the ability to speak.

He decided immediately, “not only will I walk, son, but you’ll see, I will ski as well.”

At the Rehabilitation Center in Bagneres, Milann gradually started to walk and speak again. He then made further progress at with the Centre Européen de Rééducation du Sportif (CERS), a European sports rehabilitation center. Milann had already climbed the 6,500 meters of Mera Peak. In 2004, he went back to Nepal with friends to ski down the slopes of Himlung Himal, from over 7,000 meters.

“Before I didn’t care. After the accident, I swore that I would never let myself be bothered by unimportant things. But how do you not get carried away again by everyday life?”

Milann has returned to work. After a Master’s degree, he is now head of the department. At dawn, when there is heavy snowfall, he implements avalanche-triggering action plans and also manages the grooming service. His team is on the front line in order to prevent deaths or injuries.

In a relationship with Muriel since before the accident, together they are raising the three children born after.

“You see, we were talking about a career change. In my case, it was a resurrection.” 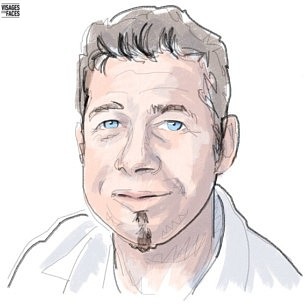