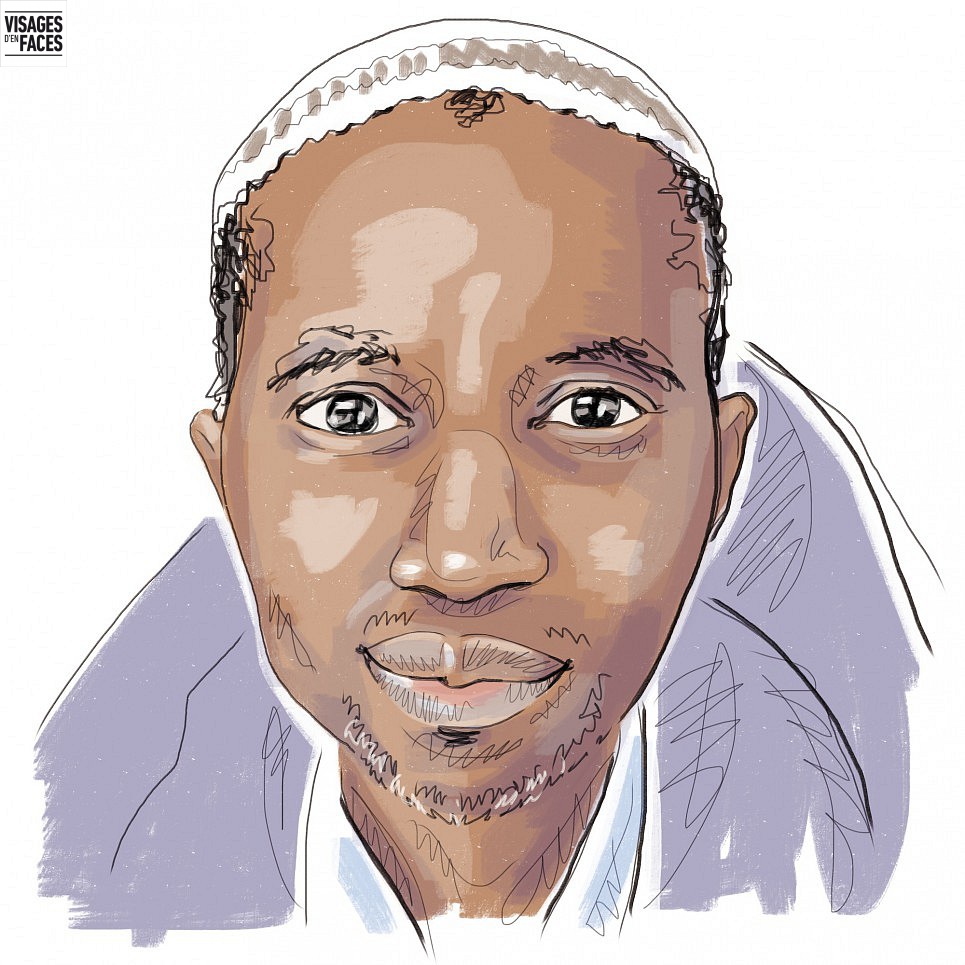 « You see, I never went to school. In Africa, the farmers at that time, they didn’t want their kids to go to school. ‘’If you son, goes to school, it’s all over. He’ll become like the French, he’ll leave.’ Before independence, it was the French who built the school. But those people back then, really brain washed us, we couldn’t even do anything we were interested in. Apart from that, everybody knows that school is a good!

“For me, the first time I picked up a pen and wrote on a piece of paper was in France.”

Ali is 39, he was born in Mauritania and came to France on 26 October 2005, a date which he announces in a very serious tone. He started learning French four years ago.

“I am really grateful to the Solidarité Roquette. I am so happy. But my schedule is very busy at the moment, I haven’t been going to my French courses.

I didn’t go directly to Solidarité Roquette. First, I started off with the paper work. I came here on a visa. There are all these go-betweens who take your money. Even though you know that 4,000 euros for a visa, is nonsense.

At the time, I was staying at this house. For five years, each time I worked, I paid them until I had repaid the money I owed. I signed up with a cleaning business, sometimes I work 15 days, sometimes a week, sometimes not at all. … I got my work visa as a refugee, and right at the last minute I applied for French nationality. I got it on December 23, 2016.

In Mauritania, the white people are in power. It’s been like that since independence. The black ministers have no power to make decisions. If you’re black, you’re never going to be in management. They’ll put somebody above you, a white person. It’s an Arab. Those guys are the bosses.

My father and mother are farmers on a little piece of land. When we farm, there are the guys with livestock who put their animals, by force, in your field, you can’t do anything about it. When you go to the authorities to complain, you know nothing is going to happen. One time, there was an army unit which came and camped in our field. By force! For 11 months straight! It was our field and we couldn’t do anything. Afterwards we left…

At the start, I said, no, no, no. I’m going to go back to Mauritania because it’s my country. But each time I say it, I know that it’s over, I can’t….

– In Paris, how did you finally learn French?

He even helped me with this apartment. ‘Go to the council, make an application’. I said. ‘No, I won’t find one!’ He said: ‘No-no-go to the council!’ I got my application from the council and I came back: ‘’Here it is, how do I fill it in?’ He filled it in, all of it! He said: ‘’Now go and lodge it. Everything is possible in life!’

And one day, Ali received a letter saying he had been accepted for an apartment. He was overjoyed at the news, he answered without losing a second.

Three months later, they called him: ‘You still haven’t handed in all the documents for the apartment?’ I said: ‘Yes I have! I ticked the yes box!’ (Laughter). He laughed on the telephone. He said Sir…’ I said ‘Yes?’ ‘Have you ever seen an application for an apartment without a proof of identity?’ I said: ‘What proof of identity?’ He said: ‘Your identity card for example.’ ‘What? I don’t about that know sir!’ He said: ‘If you don’t bring it today, it’s finished for you.’

“I started crying,” Ali tells me laughing today, in good humour. “As it was my first time, instead of attaching all the documents, I had just ticked the yes box and sent it, no proof of identity nothing.”

Ali ran to the house to get his documents that he faxed several times without success and which he then finally, in person. The rental contract was signed on September 2014, another date that he won’t forget very quickly.

“For all that, I thank my counsellor. I called him, I thanked him very much. He said: ‘It’ s not me it’s you!’

To continue my French courses, that’s my main goal, at the moment. Each year I start a French course, I do it for about six months but can’t finish the rest. It’s already been three months that I can’t go there because my work hours have changed.

I have a project in mind. The people in the village have a problem with water. There’s a water tower, but it doesn’t work very well: sometimes there’s water and sometimes, there isn’t any. There have been times when they go for a week without water. If I see people looking everywhere for water, that upsets me a lot.

The second is health. About two or three months ago, a woman died because she gave birth too late. She wasn’t even 20 years old! It was her first birth.

– And she died with the baby? They both died?

– Yes, both. The doctor said that he tried to make her give birth, but he couldn’t: ‘‘They had to go to Selibabi, 50 kilometres away. When they get to Selibabi, the two doctors there, they tried to save her, but it was too late.

– 50 kilometres, how did they get there?

– We actually do have an ambulance in our town, but we don’t have sealed roads. With a good hospital, maybe the doctor could have saved her! Maybe the baby could have been saved. But we lost both of them.

– Because the hospital was 50 kilomtres away or isn’t a good hospital?

– Yes, even the whites over there, as soon as there’s a problem, off they go to the capital. They have the money, they own a car.

And malaria. You’d think the people had gone mad, the way they suffer. In general, the doctor over there says: ‘’But why don’t you come?’ The people say they don’t have the money. But if you had come when you first got sick, you would pay less. But look at it now: it’s become serious, you have to pay more!

In my heard, I think about it day and night. Even if I can only find a little bit, I want to put all my resources into creating an association. I know very well that I can never do it alone. Because one: I don’t have the money. And two: I’m not well educated enough so, even if I start this project, I will have to find somebody else. I really want to do though. 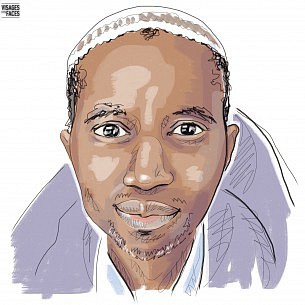