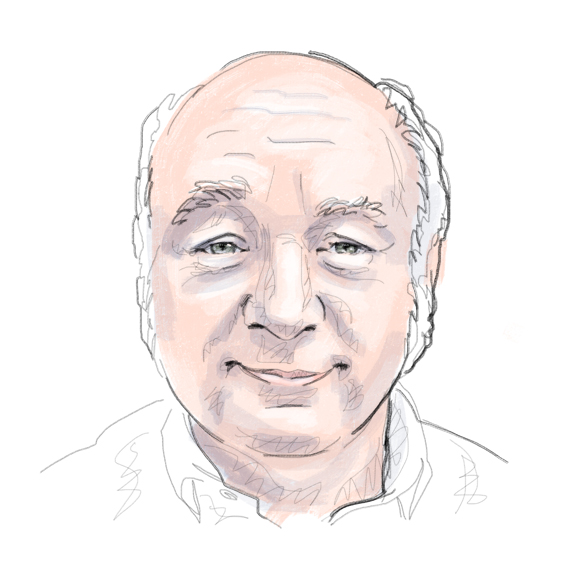 “Imagine: Mr. B is a large man of African descent. He has a very lofty opinion of what culture is and at the same time, one may say that he underestimates himself: ‘My older children studied…’ And he stuttered.

I was on his jury for his first year Master’s project. He had chosen as his topic the company where, in addition to dealing with the customers, he was asked to box things up and clean…A horribly poor job.

He presents us an over-the-top thing, full of stuttering, backed by no research… Then I say to him: ‘ Mr. B you have to honestly answer me the question I will ask you: in your work, Mr. B do you get bored stiff?’ He replies ‘Yes’… I ask him a second question: ‘Do you feel undervalued?’ He replies ‘Yes.’

‘You know, in your paper, your presentation of the context, it’s not bad… but it’s sad. And then your research, there is very little in it because in there is very little to study in your work… It is June, there is the possibility of a second round in September: if you want, we can see how to prepare together.’

He accepts, we schedule a meeting, and I explain to him what he has to do, how, why, etc.

I meet up with him two months later…and then, at the beginning of the thesis defense, I find a real pro in front of me! He presents his study, it’s well organized…but it falls apart in the final minutes. Of course, this is the part where his talks about his business.

The jury returns after deliberating and I say to Mr. B: ‘In the first few minutes, sir, you didn’t have a stutter. But as soon as you spoke about your business, you lost your confidence…I will award you your degree on the first year, you deserve it. But I’m going to request something of you that you’re not going to like: it’s that you don’t in roll in M2 (second year of the Master’s) this year.’

He looks at me: ‘But…I already enrolled!’

I know, but I’m asking you, if you wouldn’t mind, don’t enroll.’

He asks me why.

‘I think you need to change companies. I have no problem with your reasoning and intelligence, but you aren’t in a situation where you are reassured, and when you’re not comfortable, it shows, sir, you stutter. Now, doing the Master’s level 2 is already difficult but, on top of that, the company where you are today is killing you. If you have to stay at your company to put food on the table, find another one for your thesis subject.’

He accepted and ended up completing his thesis two years later. That time, I wasn’t on the jury because I was in the process of leaving the institution.

At my retirement party, I see Mr. B’s large figure arrive. And he falls into my arms and tells me: ‘I wouldn’t have gotten this far without you!’

He was not the most outgoing of my students, he has been through a lot, and I don’t know what has become of him…But I hold a particularly fond memory of him.

Often people who arrive at CNAM (International Institute of Management) have one idea in mind: to obtain a diploma in order to reset their lives. They feel like they missed a step because they weren’t from a good family, they were grieving or breaking up, or don’t have enough money, etc.

Every year, I used to tell my students that the diploma is not the final goal of what you come for when you have experience: the route is not all the same as those of other graduates, because what you end up discovering here is a way forward in life.”

Rencontre réalisée en octobre 2019
Thank you Mr. B for your response:

“Do you follow of soccer at all? When I see the Liverpool coach—Jürgen Klopp—I think of Mr. Jacob! He knew how to rally people, to bring the best out of everyone. Mr. Jacob also has the gift of communication, and then he is frank in what he tells you. In fact, he is human.

Although he hadn’t experienced my African culture, he knew how to put himself in my place when I arrived in a new environment when I needed to get my bearings. He didn’t judge me, he reached out to me. He understood my struggles and gave me advice so that I could go all the way, and that is magical.

You know, at CNAM (International Institute of Management) there is diversity. And you could tell he was interested in one culture or another. He also knew how to joke around, he made things understandable. You have to be educated to know how to make this connection. He knew how to capture our attention and took an interest in us. It’s one of the great qualities that any good teacher needs to have: to know how to manage diversity and he has this ability. When we knew that it was Mr. Jacob who was teaching the courses, we didn’t want to fall behind and we knew that we were going to laugh!” 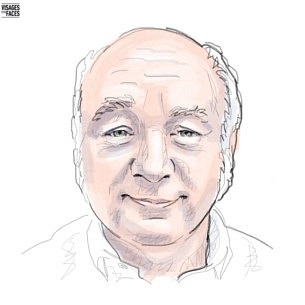