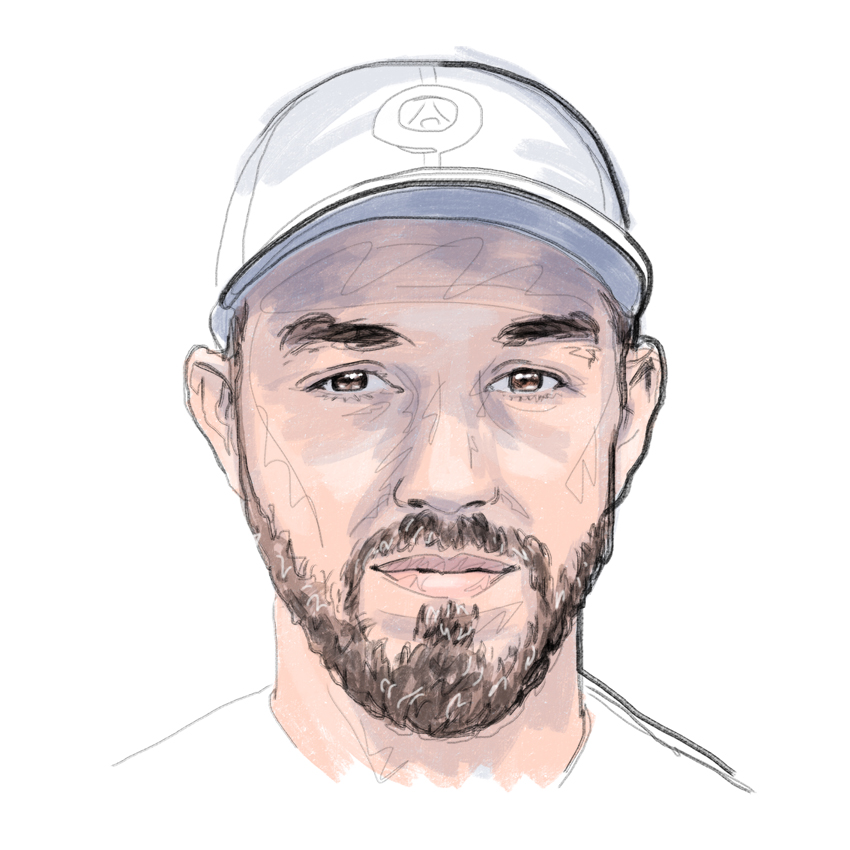 “Soccer was my passion. I played for the French national under-16 team: training every day, matches all over France. At school, I never used to work at the start of the year, only at the end. I had to repeat senior year, and it was much easier the second time. I got my diploma with honors.”

But after that, I wasn’t sure what to do with my life. On a website to explore career paths, I clicked on “sports”, “biology”, “chemistry-physics”, and I got “optician”, “athletic trainer”, “dietician” and “physical therapist”. For me, it was the idea of being the guy who treats your injuries on the soccer field. I read the description, and I liked it. In order to go to school for physical therapy, I had to first do a year of medical studies or a year of prep classes for the entrance exam. I didn’t really want to over extend myself because I was still playing soccer then, so I signed up for the public preparatory classes – the other options were too expensive.

There I was at the university, where the professors don’t even say anything if you arrive late. I sat in the back, barely took notes… Life was good! In December, first exams: I finished 197th out of 200. Bam!

I had gotten to know a guy who was taking the course for a second time, and he told me: “You didn’t understand anything. It’s better if you just stop now.” We almost got in a fight! Baptiste, who was a year older, spoke as if he were my big brother. And I thought he was trying to discourage me.

I was injured several times playing soccer, and I took it as a sign. I dove into my studies! I followed Baptiste everywhere. Whatever he did, I did, copy and paste! That guy saved me. We became friends. Despite everything, I was too far behind and had to do a second year – at a private school this time because you can only do public school for one year.

I busted my ass all summer to make money: working as a cleaner at Disney at night and cleaning out cellars during the day, with all the rats, wet boxes, horrible smells… The rest of the year, I was at the Beaubourg library, even on New Year’s, which I usually never miss spending with my friends.

At times, I’d lose my motivation. Taking those prep classes, I discovered a new world: I was the only North African, the only one from a working class neighborhood, and there weren’t a lot of soccer players. It was mostly rugby and tennis players, sons of doctors or physical therapists, graduates of top schools like the HEC or the École des mines… I was like “What the hell am I doing here?”

Sometimes, I cried. I didn’t feel excluded, though; I felt different. I wondered if I could make it.

And then I failed the exam again! I almost gave up on everything… but then I remembered my second time doing senior year: I ended up being successful. It wasn’t exactly the same thing, but I decided to try a third time. When I was finally accepted into physical therapy school, it was one of the best days of my life!

I’m hard on the kids when I talk to them because I know what will happen if they continue going down a certain path. Sometimes, they’ll be targeted because of their physical appearance. That happened to me with a professor who gave me a bad grade that was unjustified on a key assignment. Luckily, the director of studies was able to help me because I had proof. But, I understood then that you can lose everything in an instant if you are not able to push back and advocate for yourself.

Today, I am a physical therapist who makes house calls and works in a rehabilitation center for people who have become handicapped due to car accidents. I learned that movement is a crazy thing.

First because I learned about frontal lobe syndrome: when you hit something head on, you lose voluntary motor skills and you don’t even think about moving unless someone tells you to. Then also because I was in a scooter accident: head trauma, three weeks of memory loss. I had gone from therapist to patient. Thank God, I was able to recover.

Physical therapy is movement therapy. To be healthy, you have to move. I took up Thai boxing, I was still playing soccer now and then, and one day I did a cross training session with a few friends. They were seriously wiped out! But two weeks later, there were twenty of us! That is how the PGC (Physio Global Concept) association was formed: you move everything, you crawl, you jump, etc. It’s the biggest boot camp in the greater Paris area. There’s a guy who’s sixty, a fourteen-year-old kid, an overweight lady, one who is almost anorexic, guys in rehab, businessmen, women who come in from the Défense neighborhood dressed in suits…

The PGC slogan is “Adaptation”. There are a thousand and one problems on this earth, but if you have a sound mind and body, you can do anything.” 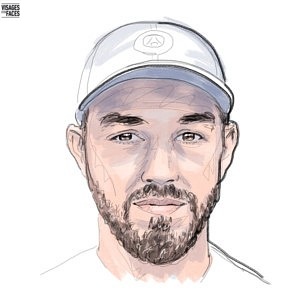